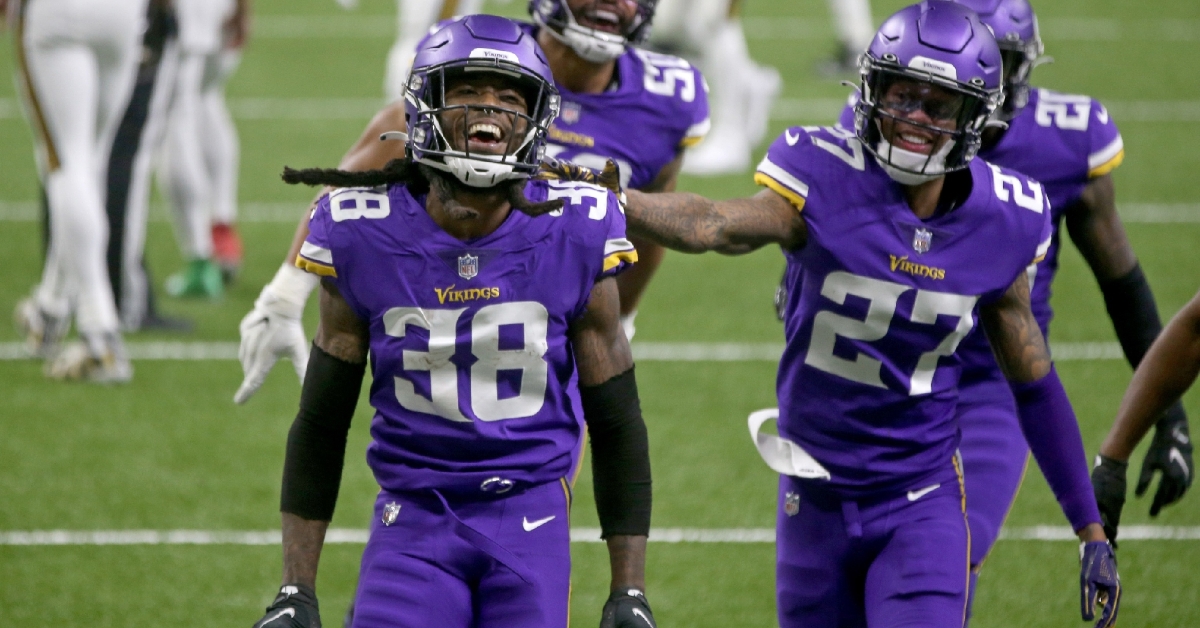 Just because the NFL season is underway and the 53-man rosters have been set doesn't mean the transaction wire goes into a complete deep freeze. After Thomas Graham Jr. was plucked off the Bears practice squad and signed by the Browns, Chicago had an opening if they wanted to fill his void.

Not only did Chicago fill the void left by Graham Jr. in a hurry, but they filled it with someone with plenty of NFL experience under his belt and someone very familiar with the NFC North. Roughly four hours after Graham Jr departed, former Minnesota Viking defensive back Harrison Hand was added to take his place and has been put on the taxi squad roster.

The 5-11 197 pound 23-year-old was a fifth-round pick by the Vikings in 2020 and saw plenty of playing time across his first two NFL seasons. The former Baylor and Temple University product was with the Vikings organization for two seasons before having a brief six-day stint with the Giants this summer.

Now on the Bears, Hand brings with him some NFL experience while offering versatility on the defensive side that could ultimately land him on the active roster sooner rather than later. Over two years with the Vikings, Hand has seen game action in 23 games, but has only played in 165 defensive snaps.

That means when he does get on the field, it is sparingly at best, as the Vikings used him more on the special team side of things or special defensive packages that called for more defensive backs. Granted, this is Hand's third different team this year; there is hope he can stick around as he has a lot of potential if given a chance.

While there isn't a ton of tape on him regarding his NFL highlights, he does have one career interception, which was a memorable one when he picked off Drew Brees on Christmas Day. The Saints ultimately got the win that day by putting up 63 points on the Vikings, but that was the first time Hand saw an extended snap count, and he ended up making a big play with it.

Hand is joining a 16-man practice squad roster with two other defensive backs as he will get some reps with Davonte Harris and AJ Thomas. From an experience side of things, Hand has the most, but it is hard to gauge if he has the highest upside among the other guys he is sharing the practice squad with.

When it comes to Hand being elevated from the practice squad to the NFL roster, it will take some eye-opening training sessions to even garner consideration. At the same time, the Bears would have endured a significant issue bug at that position. When you have guys like Kyler Gordon, Jaylon Johnson, Kindle Vildor, Jaylon Jones, Lamar Jackson, and Josh Blackwell already on the roster occupying the CB position, you can see the amount of depth the Bears already have.

Hand will not play over the first three, but he is on the same level as the other three if you ask me. No one wants to see an injury of any kind, but should any of those guys go down for an extended period, look for Hand to get promoted ahead of some of the other guys on the practice squad.

Hopefully, those injuries don't happen, and the Bears can avoid digging into their practice squad for a ton of help. However, if they need to, they have plenty of depth and great options that can fill in immediately and provide the team with quality play.