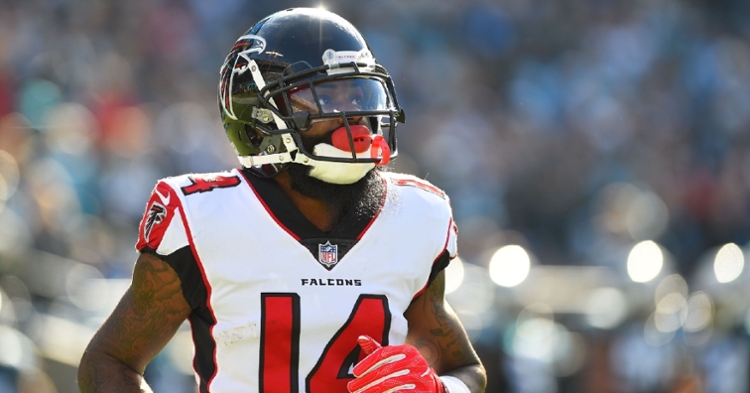 With the Bears trading away Anthony Miller to the Houston Texans, there was an opening in the receiver room. They added TE Jesse James into the fold and have guys like Riley Ridley and Javon Wims who could fill the void left by Miller. However, the Bears still felt that they, at worst, wanted to bring in more competition. Enter Justin Hardy, who will be getting a shot in Chicago.

The former fourth-round pick by the Atlanta Falcons, Hardy is 29-years-old after being drafted back in 2015. Across his 73 career games in the NFL, Hardy hasn't seen much time as a starter, but has also produced sparingly enough to last for now six seasons. So far, Hardy has hauled in 95 catches for 946 yards to go with nine touchdowns. Looking at that and he could have a milestone first 2021 game where he could reach 100 catches, 1000 yards, and 10 touchdowns for his career.

Chicago is not expecting a ton out of him in terms of the receiving side of things, but there is another part to his game that has the Bears intrigued. That would be his special team's success, where he has 20 punt returns and two kick returns in 2018. With Cordarrelle Patterson no longer in Chicago and Tarik Cohen on the PUP list, the Bears will need return help this season, and Hardy will most definitely give them that.

One thing to keep an eye on is Hardy is coming off a 2020 season in which he didn't play. Signing a player after a year off from competition is always risky, but signing one this time of year is never a bad thing. At worst, Hardy comes in and competes, and even if he doesn't make the team, he still competed. The Bears have been trying to establish something, and they certainly feel the competition in camp this season will be at an all-time high.

Given that Hardy has limited roles in the receiving side of things, it seems like this signing is more of a camp body type of signing. There is nothing wrong with that, especially when you consider there was no training camp last season. With three starting QB's on the roster, the Bears will need bodies for their QB's to get their reps in. Hardy is one of those bodies who may be used as a camp and /or preseason body to help others get work in.

Adding depth never hurt anyone, and when it comes to camp competition, this is a good move. You never know what can happen at camp or during the preseason. Someone could get hurt, someone could underwhelm a coaching staff, or someone could step up and show you what they are made of. That is the whole point of this signing.

By adding Hardy, not only does it give the Bears an extra camp body, but it gives Hardy a chance to prove his worth for a new organization in case something happens before week 1. At worst, he doesn't make the week one roster which is highly likely at this point. However, should he go out and show the Bears, he can offer something more than they thought. You could be looking at a surprise pickup, but one that fills this team's needs on special teams.