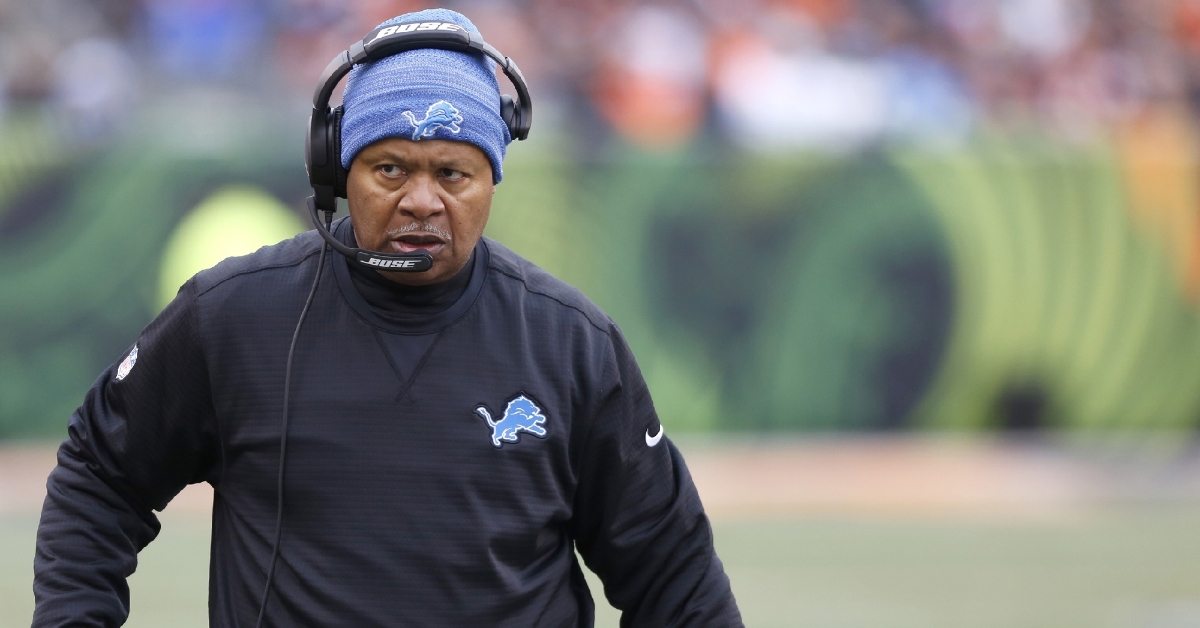 Now that the Bears have found their GM, next on the agenda is figuring out who the head coach will be. We have seen the three candidates that Chicago has narrowed their search to, but with Ryan, Poles expected to have a full say in who he hires. Some fans wonder if he has some other names in mind instead of the three the Bears have listed.

For the sake of this, let's focus on the names we know about, one name continues to gain traction, and it is starting to look the favorite at this point. Believe it or not, former Indianapolis and Detroit Head Coach Jim Caldwell looks to be in the mix for the job and could be the favorite. For Bears fans, finding a young and innovative offensive mind was the way to go, and Caldwell is the exact opposite of that.

He is one of the oldest, if not the oldest, coach candidate on the market as he is 67 years old. Caldwell has been coaching for a long time, going back to 1977 when he got his first gig. Over the next 23 years, Caldwell bounced around the NCAA circuit for various programs before finally settling into the NFL landscape in the early 2000s. That is where we want to focus on things, as he has held plenty of positions.

Caldwell got his start in the NFL in 2001, working as a QB coach for the Tampa Bay Buccaneers. One year later, Caldwell followed Tony Dungy to Indianapolis, where he not only served as the QB coach from 2002-08, but also the assistant head coach. Caldwell was then promoted to head coach of the Colts in 2009 and led them to a Superbowl that season. The Colts would eventually lose to the New Orleans Saints, and two seasons later, Caldwell was let go, which the Colts still regret to this day.

Following his run with the Colts, Caldwell hopped on to John Harbaugh's staff in Baltimore, where he was the quarterbacks coach in 2012 and then the offensive coordinator in 2013. The Ravens had plenty of success with him calling plays over the seasons, and the Detroit Lions wanted to capitalize that, signing him to be their next head coach in 2014.

Over the next four years, Caldwell did what not many have ever done in Detroit, which is win games. He led the Lions to the playoffs twice while winning 36 games. Even with that success, the Lions didn't like what they saw and thus moved on from him in 2017. Since that decision, the Lions have struggled mightily, so moving on from Caldwell may not have been wise.

After taking a year off, Caldwell returned to the sidelines, where he latched on with the Miami Dolphins Head Coach Brian Flores in 2019 and worked as the Assistant Head Coach and QB coach. His tenure with the Dolphins was short and sweet as Caldwell was gone after just one season. Now away from the game for two years, Caldwell still has that itch to coach, and the Bears may be a fit for him.

From the experience side, no one on the coaching market comes close to it, which could be an advantage in his favor. I understand the fans want a younger coach to come in and work with Justin Fields, but it is hard to ignore 36 wins with the Lions. Caldwell has been in difficult situations before and has turned them around quickly. Not only that, but once he turned them around, the organization was in a steady position which is something the Bears need.

He may not be the first choice for fans, but the more you look at it, the more the move makes sense.