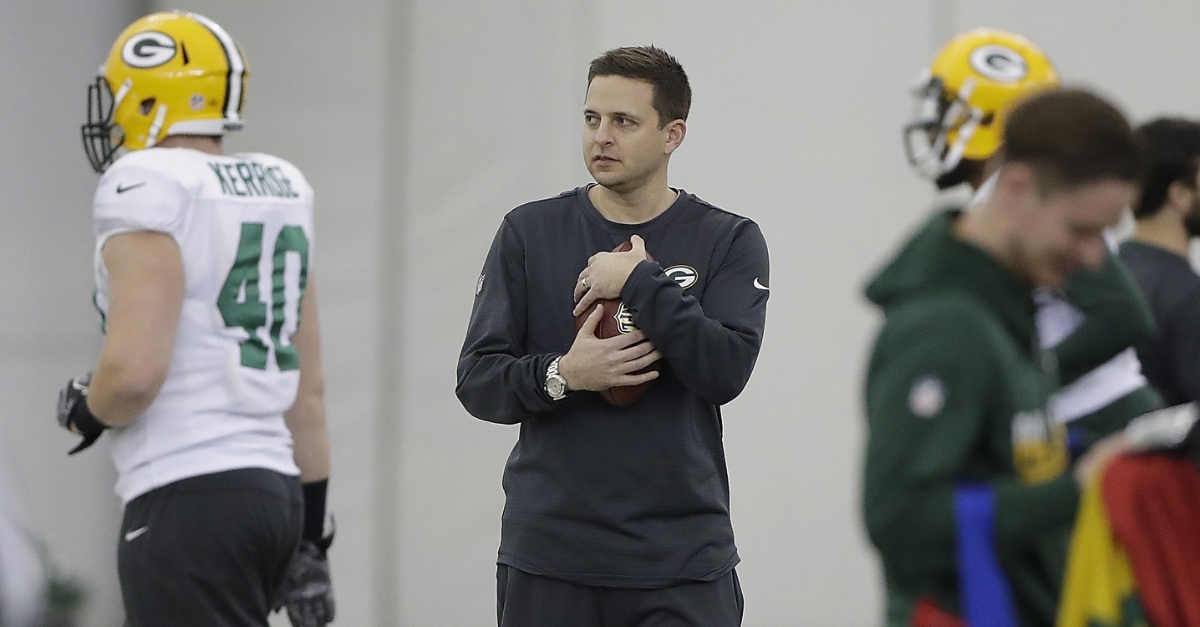 Chicago fans are getting a bit anxious as they eagerly await the announcement of the team's next GM. Going on two weeks since the firing of Ryan Pace, the Bears have conducted several GM interviews with no clear favorite at this point. I don't know if that is a good thing or a bad thing, but the bottom line is this team is keeping their options open to make the right decision and appoint the next GM.

Over the last week, we have discussed several names that make sense and names that have been searching for GM jobs for the last few years. Today is no different as the Bears finished an interview with Eliot Wolf earlier this week. When you hear the name Wolf next to the GM title in the NFL, you immediately think of the Green Bay Packers when Ron Wolf was running the show helping them win one Superbowl in the 1990s.

Eliot is the son of the great Ron Wolf and often lives in his shadows because of it. Make no mistake about it, Eliot has long been a favorite to land a GM job, so the Green Bay Packers blocked him from interviewing for several years. Considering his dad worked for the Packers for years, it is no surprise that Eliot started his NFL journey in that same organization. The first 13 years of his NFL front office days were spent with the Packers filling a variety of titles in the process.

In 2015, Wolf was promoted to Director of Player Personnel, where he held that title from 2015-16. One year later, Wolf was appointed Director of Football operations and held that title for his final two years in Green Bay. Although he was never appointed anything outside of Personnel roles in Green Bay, the Packers always felt they had something special in Wolf and thus blocked him from interviewing for GM openings for years.

Eventually, Wolf wanted the opportunity to pursue a GM job, and the only way that would happen would be if he were out of the Packers organization. He was granted his wish in 2018 when he joined the Cleveland Browns as the team's assistant general Manger from 2018-19. Although only a two-year run, Wolf was viewed as an intricate part of the Browns turnaround and thus moved on again to the New England Patriots, where he has been a front office Consultant for the last two seasons.

Wolf was on the Bears radar from day one since Pace was fired, but didn't garner a ton of interest until the New York Giants made the first move to interview him. This is a move that Chicago fans would love for various reasons. First and foremost, Wolf was part of the NFC North for years, so he knows a lot about this team and the other three teams in the division.

Second, given that he was part of the Packers organization for years, Wolf knows the ins and outs of that organization even if he hasn't been there for a few years. It would be great to see the Bears give the Packers a gut punch by luring him to Chicago to be the next GM. Finally, Wolf not only worked with the Packers, but has now worked under Robert Kraft in New England as he knows what it takes to build a winning organization.

One concern I do have about hiring Wolf goes to his days with the Packers. It seems a little ironic that the Packers would block Wolf from interviewing all these years and then not give him the GM job when it opened in 2018. That is a big red flag right there and a question the Bears need to address before they ultimately make their choice to bring him in or not.

Wolf is a complete Wild Card of all the candidates out there, but will be more motivated than anyone to get this job. He will be back in the NFC North,

but he would have an opportunity to compete against the team that blocked him for so many years and then saw them give the GM job to someone else. Wolf has that in the back of his mind, and he is ready to show the world that the Wolf name in the NFL is far from over.