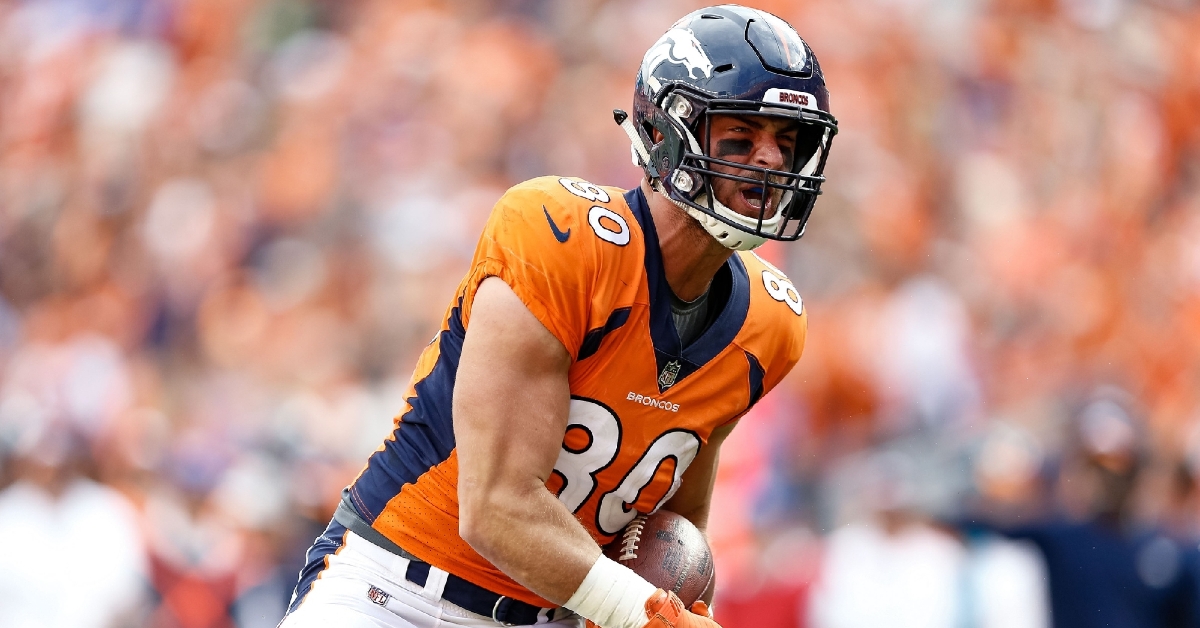 Watching an NFL roster during the summer can be so exhausting yet intriguing at the same time. Not only do you pay attention to the rookie singings and free-agent pickups, but you also watch the constant moving parts that tend to happen in order to fill out a team's roster.

You have players that come and go from one facility to the next as they not only try to find tryouts but hope to make a lasting impression in the process so they can stick with a team. The ones that do make those good impressions have a great chance to stay on the team during training camp and work their way onto the preseason roster where anything can happen.

The closer these teams get to camp, the more names you will start to recognize, as the ones typically brought in for tryouts know their fate by then. Along with several free-agent pickups and practice squad players, NFL teams are allowed to have five players maximum brought in on a tryout basis. The Bears are officially at that fifth player maximum, but keep an eye on former Michigan TE Jake Butt as someone who could surprise.

For those who follow BIG 10 football being from the Chicago area, Butt was a great player for the Wolverines during his collegiate career. Not only did he win the BIG 10 Tight End of the year award twice, but he also took home the Ozzie Newsome Award and John Mackey Award given to the best collegiate TE in the nation. That alone gave analysts the feeling of him being a top-tier player for his position with a bright NFL future.

Granted, this was now four seasons ago, but heading into the 2017 NFL draft, a lot of people pegged Butt to be a second-round pick who had starter potential in the NFL. However, everything changed that winter when he tore his ACL, turning the team's Orange Bowl game which prevented him from showcasing his skills at the Michigan pro day.

His injury and absence from the pro-day certainly hurt his draft stock as he eventually fell to the Broncos in the fifth round and was selected 145th overall. Talk about a free fall from original projections, but that is what an injury in this league can do to even the brightest players. In two NFL seasons, Butt has seen limited action appearing in just eight games.

Across those games, he has hauled in 10 catches for 90 yards, but there are still things to like about him. Butt appears healthy from his injury, and many people feel that he has yet to tap into his full potential, given his limited action on the field. Bringing him in for a tryout certainly doesn't hurt the Bears, and it gives them an up-close and personal look as to what he can do.

Chicago knows he was a highly regarded prospect at one point who would have been a high pick had he not gotten hurt. Butt is one of those sleeper players who could round out a TE room and be a surprisingly productive player if put in the right system. We know that Matt Nagy loves to use TEs in his offense, and with Jimmy Graham and Cole Kmet on this roster, they will be used a ton.

That means whoever lands the third-string TE spot may not see a ton of playing time, but they need to be ready when called upon. Butt knows what he can do and knows that he is better than what he showed thus far. With one available roster spot on the 90-man roster, it could be Butt's to have if he can prove to the Bears, he is fully healthy and ready to go.