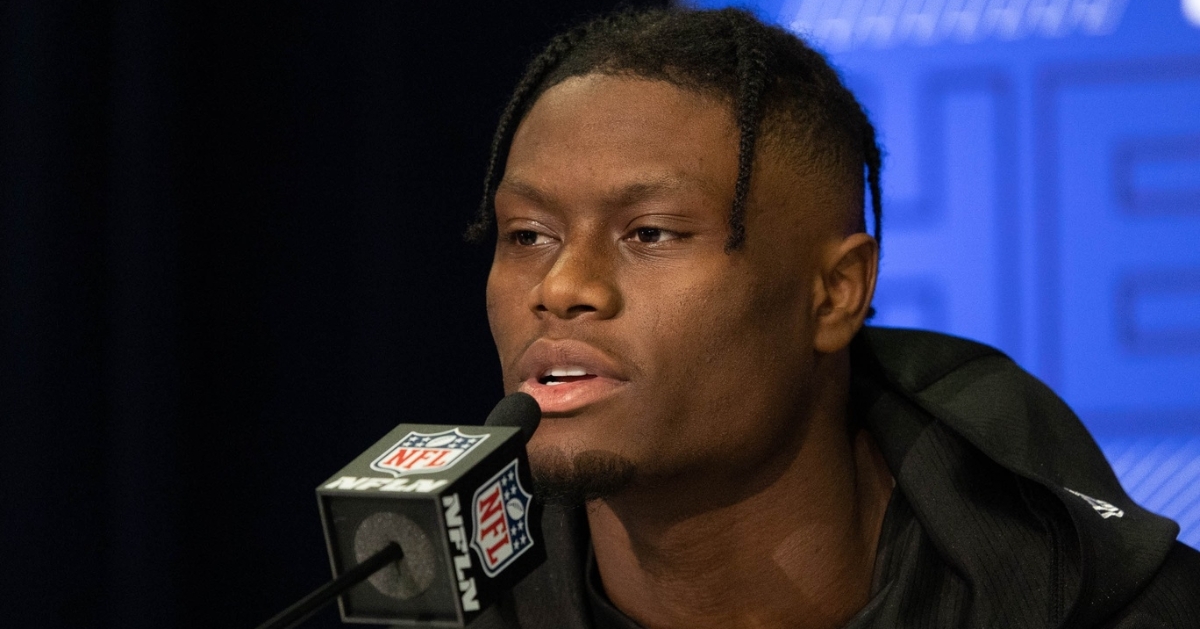 In less than a week, the Bears will be making their first selection in the 2022 NFL draft. As things sit right now, the Bears are not supposed to pick until No. 39 overall, but then turn right around and pick again at 48. That gives them two players in the top 50 as both could be potential impact pieces.

Although we have seen many rumors circling as to what the Bears might do with those picks, most feel they will at the very least dedicate one of those picks on offense and most likely get Justin Fields some help. Adding pieces to the offensive line up front would be a significant help, but so would adding some playmakers on the outside.

If recent reports are accurate, the Bears are looking to add more firepower on offense as they are linked to three talented WRs come draft weekend. All three are great players graded as second or third-round talents, but some could sneak into the first round depending on what happens.

When talking about the best players in college football, why not look at the best team in Georgia. The defending National Champions will be well represented this weekend, but a lot of that talent comes on the defensive side of the ball. Still, the Bulldogs had offensive firepower, and George Pickens was one of their many weapons.

This isn't the first time fans have heard Pickens name linked to Chicago, and because of that, the city is buzzing. Had it not been for a torn ACL in the spring, Pickens was a sure-fire first-rounder and now is most likely a second rounder. That is good news for the Bears as they have a legitimate shot at getting him.

As long as he medically checks out, Pickens has exactly what you are looking for in a WR. He has size at 6-3 200 pounds. He has the speed, and most importantly, he has the hands, as he brought in 1400 career yards with 14 scores. This is a player who gives you Josh Reynolds vibes, but could turn into an Allen Robinson type of player.

I love to see more and more FCS players enter the draft as they are showing they can play in this league. For Watson, he put his name on the map during the combine when his 40-yard dash time stole the show. His 4.28 40 time not only was the fastest at this year's combine, but one of the three fastest times of all time. That puts him right up there with Tyreke Hill speed which is something the Bears offense could use.

Despite failing to log more than 1000 yards receiving in any year, keep in mind how the North Dakota State offense is designed. Not only is Watson fast, but at 6-5 and 208 pounds, he is a burner with size and is more than capable of playing on the outside. Watson had his best season this year, where he finished with 800 yards receiving and seven scores.

While the speed is ultimately what teams are banking on, Watson is an intriguing prospect with insane measurables. I look at him and immediately think of Dontrelle Inman with a mix of a poor man's version of Terry McLaurin.

A relatively new name popping up on the Bears list is Cincinnati Bearcats WR Alec Pierce. Although not as frequently mentioned as others, if Pierce is indeed an option for Chicago, the city will love watching him play.

Looking at all three of these guys, you immediately notice two things. The first thing is overall size, with Pierce coming in at 6-3 and 213 pounds. You also look at the speed factor with two of the three guys possessing great or elite speed and the other good speed.

Finally, all three have been productive at the collegiate level, with Pierce hauling in a career-high 884 yards and eight scores from Desmond Ridder this season. A special teams player his freshman year, Pierce worked his tail off to become one of the more trusted options on offense.

Once he became a starter, you had a tough and fearless WR who wasn't afraid to go over the middle to make plays. He is big, strong, physical, and fast, all excellent traits to have when playing in the NFL. While most people compare him to Donovan Peoples-Jones, which is a great comparison, I see him as a bigger version of Adam Thielen and someone who could produce for a long time.