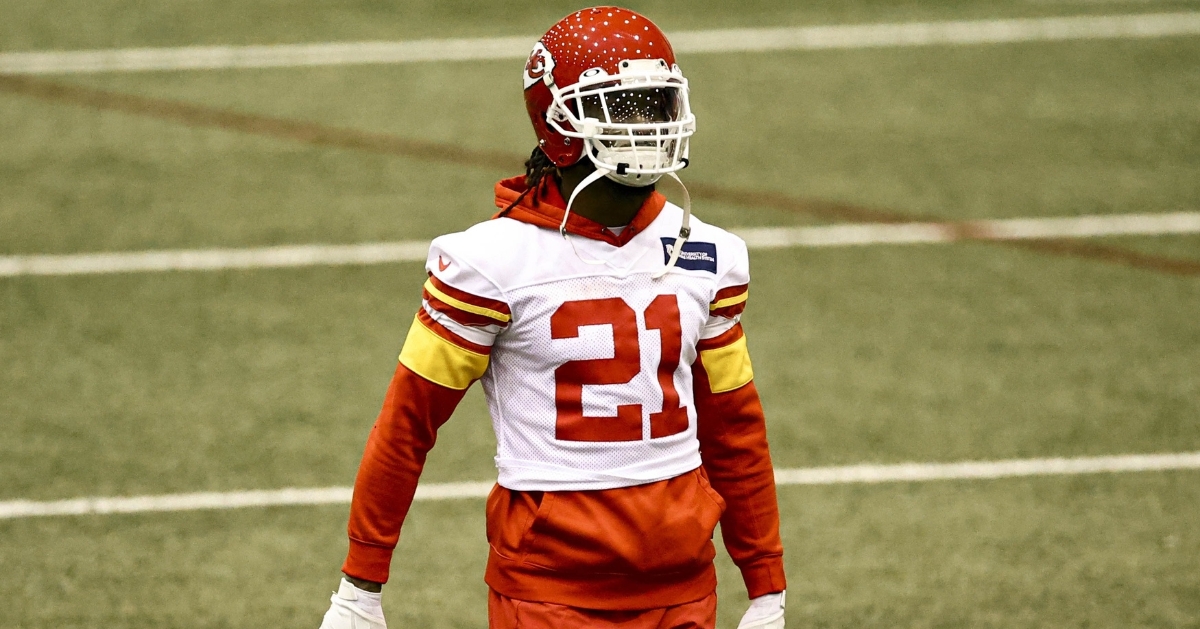 Breeland is a solid cornerback on the free agent market

One of the most significant roster changes this offseason has been the transformation in the secondary. Obviously, guys like Eddie Jackson and Jaylon Johnson are still around, but Buster Skrine and Kyle Fuller are no longer with this team.

The Bears replaced Fuller with Desmond Trufant, but they may not be done adding to that unit.

Recent reports are starting to surface that the Bears are looking into bringing in Superbowl Champion Bashaud Breeland and adding him to their team. Now, he is getting older and maybe a bit older than fans would like, but the dude can play. You add him to this roster, and you are going to have quite a cornerback competition to watch this summer.

The Bears are close to the salary gap window, and they are happy with who they currently have in the secondary, but that won't stop them from shopping around with hopes of even getting better. Not only does he fit in the Bears budget, but he is one of the few free-agent corners left on the market that has starting experience, which is a big thing for the Bears.

This isn't the first time we have heard the Bears searching for veteran help this offseason, as they were interested in Steven Nelson earlier this spring. Unfortunately, nothing transpired from the Nelson interest, but maybe things will be different with Breeland. At 29 years old, Breeland may be entering the back end of his career, but he still has many years of football left in him.

He has spent the past two seasons with the Kansas City Chiefs and was with the Packers and Washington Football team before that. Across his career, Breeland has played in 94 games, with 88 of those being starts. That right there is something to take notice of because if he does land in Chicago, he isn't coming here to be a backup.

Over his seven-year career so far, Breeland has not only defended 81 passes but has 14 interceptions to his name. He has also forced eight fumbles, has six fumble recoveries, 12 tackles for a loss, and three defensive touchdowns. In other words, Breeland is a playmaker, and it is weird he is someone still available on the open market.

For what it is worth, following his tenure with Washington, Breeland was seen as a fit for Vic Fangio in 2018 but ultimately chose Green Bay. With Sean Desai being a Fangio disciple, maybe the interest in the two parties is starting to pick up once again. I see the biggest hang-up at this point is cost, as the Bears don't have much money to work with.

However, if they give him a contract similar to Kansas City, who wouldn't want him here. Last season, Breeland was making three million dollars which included 2.5 million in guarantees at signing. If the Bears can make a number figure like that work or something close to that, I don't see why he wouldn't want to sign for one year, especially with Justin Fields and several new faces landing in Chicago.

Even if his dollar amount isn't the most extensive, it still may take some salary-cap magic for the Bears to pull this signing off. However, with how aggressive Ryan Pace has been this offseason, I think he finds a way to get it done or at least get it to the point where they may entice him to come here. Unfortunately, Breeland isn't going to be a breakout star or lockdown corner.

However, he is a veteran playmaker who will bring veteran leadership to this defense, but he knows what it takes to win. He has played for the Chiefs the past two seasons and knows all about making a Super Bowl. Breeland would come into this locker room and demand the best from this team, which will be a good thing in the long run.