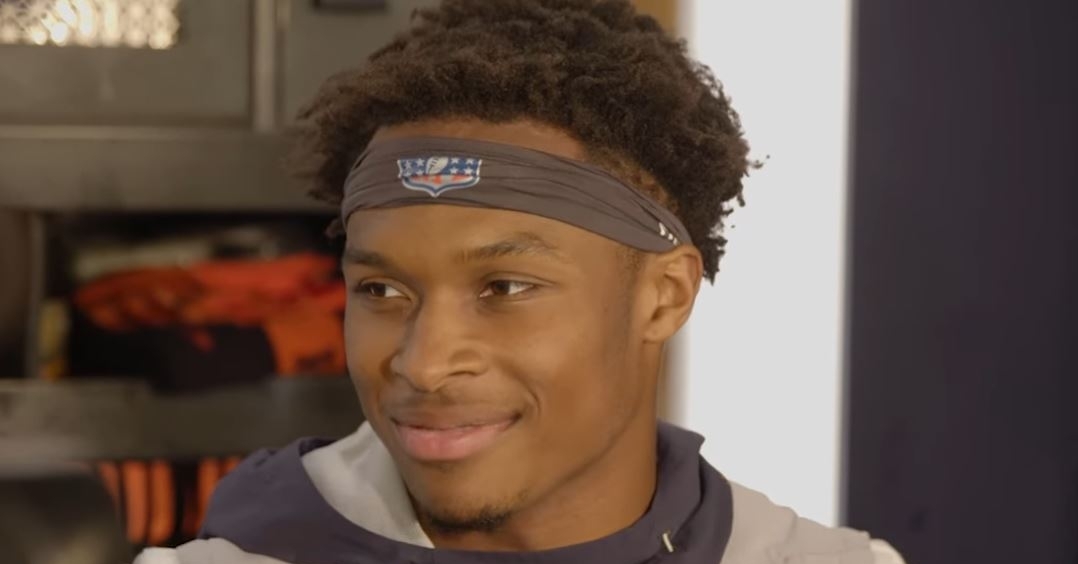 Mooney was all smiles with the media

Third-year receiver Darnell Mooney finally saw some production on offense. Against the Giants, he had four receptions for 94 yards, averaging 23.5 yards per reception. That brought him to a total of eight receptions for 121 yards this season.

When asked how he could have performed better, Mooney stated that “There were some plays where I could have done more to get open.”

He also added that “I just have to execute in the red zone (and) score points.”

There was some confusion with a few of the plays that Mooney discussed, and he states that it has been a “hassle” trying to learn the playbook.

Despite that, Mooney says that “We know what to do; we know how special we can be.”

Hopefully, he and the rest of the offense will show that against the Minnesota Vikings this coming Sunday (12 p.m./FOX) last he did last season.

Minnesota, with their talented group of receivers, are ranked 13th in passing offense, while the Bears rank 4th in passing defense. Both teams rank very close in scoring defense, 11th, and 12th, respectively.

If Minnesota were to successfully shut down the Bears’ rushing attack, this would clearly be a problem for Chicago. Although playing against a passing defense like the Vikings could help second-year quarterback Justin Fields continue to improve as he had his first game with over 150 passing yards since Week 14 of last season against the Vikings, where he had 285 passing yards.

The Vikings come into the game with a 3-1 record, while the Bears are 2-2 after losing to the New York Giants this past Sunday.

On the line for the Vikings will be a chance to stay first in the division, tied with the Green Bay Packers, who are playing the Giants in London this weekend (8:30 a.m./NFL Network). The Bears are trying to stay in the race for the NFC North, and a win would tie them with the Vikings.