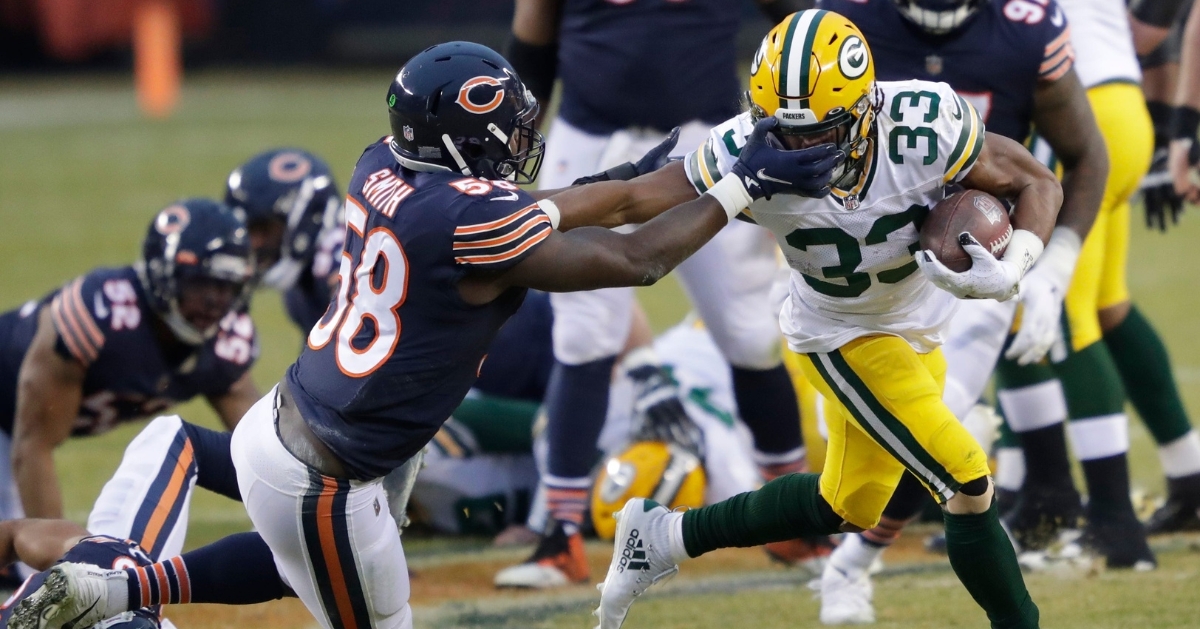 The Bears are back home to play the rival Green Bay Packers. Chicago won outright as a 5.5 point road underdog in Las Vegas, and the Packers covered their 2.5 point spread on the road against the Bengals in overtime. The Packers have won four straight, and the Bears have won two straight.

The Bears have turned into every other classic Bears team in that they are running the ball a lot, relying on their defense, and playing the field position game. This strategy will likely not work against Green Bay because of how well Aaron Rodgers protects the ball. I expect the Bears to air it out more than they have since Justin Fields took over at QB and attack the Packers corners with their starter Jaire Alexander on IR. The Packers have barely escaped two of their four victories due to late-game heroics from Rodgers in San Francisco and Mason Crosby getting redemption after missing four kicks last week in Cincinnati.

The Bears are a 4.5 point underdog with an O/U set at 44.5. Nine of the last ten games after an overtime game for the Packers have hit the over, but I like the under this week. I hate taking the under, but the combination of the Bears playing good defense and not scoring a bunch of points is making me take the under. The Packers have won 12 of their last 13 division games, and unfortunately, I think it will be 13 of their last 14 after this week. I will gladly be wrong about this and will not put money on the Packers out of principal, but if I were, I would take the Packers -4.5.

The Chiefs have some real concerns with their defense, but Washington might have had an even more disappointing start defensively. I think Kansas City puts up a lot of points and covers 6.5 points.

This has a game of the week potential written all over it. The Ravens have been putting themselves in a hole and finding a way to win each week, but I do not think they will be able to find that way this week against the Chargers. I have the Chargers money line at +114 and the over 51.5 at -109.

This line is much lower than I thought it would be, making me nervous and think that Vegas knows something big. Regardless, I like the Cowboys at 3.5 too much not to take them.

The Bills are playing better than anyone in the league offensively and defensively. This year, the Titans have been up and down, but they are getting some of their biggest offensive weapons back from injury. I will be taking the Bills here and the over 53 at -110.