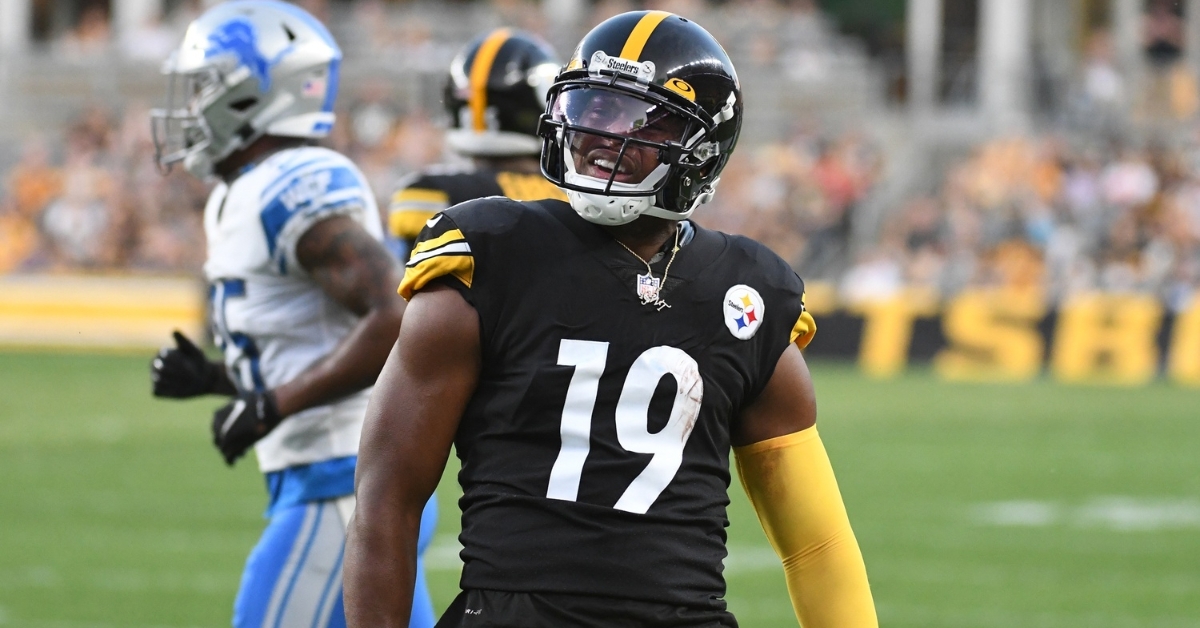 Monday marks the unofficial start of the NFL free agency, with Wednesday being the official start day. Don't let that fool you, as the NFL landscape has seen its share of shakeups this offseason, and I have a feeling that plenty more excitement is still to come.

For the Bears, it is time for them to start making their moves as they need to get in on this action. Sure, most of their mindset is on the offensive side of the ball where they would love to address the offensive line, but what about focussing on adding more weapons around Justin Fields and that offense.

We have talked all season long about the WR market in both the free agent and draft classes, and that alone should create enough intrigue for the Bears to make a run at someone. With Amari Cooper off to Cleveland and Michael Gallup returning to Dallas, Chicago still has plenty of options remaining as they need to add more pieces to this offense.

One name that may surprise some is Pittsburgh Steeler WR JuJu Smith-Schuster, as the Bears have had their eye on him for weeks.

While the Bears are not alone with the Eagles, Chiefs, and Jaguars also in on Schuster, he does check a lot of the boxes for Chicago, which is why they are showing a lot of interest in him. You also have to consider the Pittsburgh Steelers trying to retain as he has been their No.1 target the last four years and is coming off a season where he missed time with an injury. With Mason Rudolph set to take over the starting QB duties, the Steelers are similar to Chicago, where they need as many offensive weapons as possible.

Despite all that, Chicago is highly interested in Schuster's services, and they well should be when you look at his overall track record. He is not even 26 years of age, and despite coming off an injury-shortened season, his best days as a WR are still to come. Going back to 2020, you had a guy haul in 97 receptions for a career-high nine touchdowns. Although his YPC was less than 9.0 that season if that is the kind of production you can expect from him, sign me up.

Touchdowns aside, Schuster had his best season in 2018, when he emerged as a top WR. In that season, he made the pro bowl, catching a career-high 111 receptions for 1426 yards and seven scores. Although he hasn't been able to duplicate that production since then, he has averaged nearly 14 YPC over the last three seasons, and that alone is worth taking a look at for a long-term deal.

That lack of production last season, injury or not, is a cause for concern, but you also have to think that a possible change of scenery could help. With Fields being a young QB looking to find his way in the NFL, adding a guy like Schuster to pair with him can undoubtedly help. He may not be a No.1 by trait, but make no mistake; he is a No.1 receiver by production alone.

Unlike most top receivers, Schuster doesn't lineup on the outside, but instead uses the slot to his advantage where he is a physical guy off the line and a matchup nightmare. Not only that, but he is a great route runner with sure hands, and that is something Chicago struggled with at times last season apart from Darnell Mooney.

No one is saying they should pay top dollar for this man, but if you can get him for three or four years in the 8-9 million range, you would be foolish not to take him. Schuster has always been under the radar in terms of WR, but has earned the opportunity to sign a big deal. This would be the perfect deal for Chicago should they be able to make it work financially.