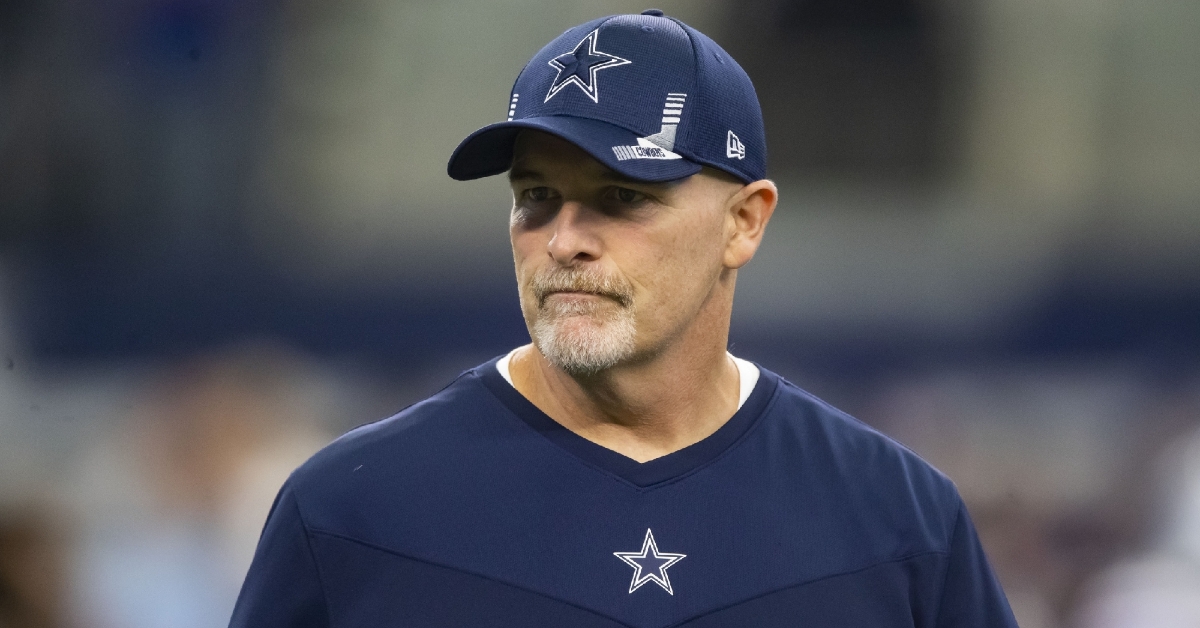 Now that Matt Nagy and Ryan Pace have officially been fired, the Bears can get down to business and find their next GM and coach combo. Ideally, you would think they pick a GM first and let that GM decide on the coach, but that may not happen this season. Given the quality of candidates that are on the market right now, the Bears may want to pounce on who they feel is the best fit before risking losing them altogether.

Over the next several days, we will be looking at plenty of options for the Bears to consider as they seek out their next man in charge. Dan Quinn is first on our list, and it shouldn't come as a shock to Bears fans. Going back to 2015, when Pace first joined the Bears, Quinn was actually his No.1 choice, so there are some prior Bears connections between Quinn and the organization.

The former Atlanta Falcons Head coach and current Dallas Defensive coordinator has had quite an interesting journey that has come with plenty of experience as a head coach. The last time the Bears were in the market for a head coach was in 2018, and it seemed like they hurried the process a bit. This time around, I expect the organization to do a more thorough breakdown of all the candidates as they don't want to make the same mistakes twice in a row.

The 51-year old Quinn will be just one of a long list of names the Bears bring in over the next few weeks and one of many who have coached in the NFL before. Quinn has always been known as an excellent defensive coordinator and came into his groove as a defensive play-caller over a decade ago with the Seattle Seahawks. In case you forgot, Quinn orchestrated the Legion of Boom in Seattle during the 2013 and 2014 seasons and helped the Seahawks reach back-to-back Superbowls.

Those Seattle teams helped elevate Quinn as a defensive coordinator and helped him land his first head coach opportunity with the Atlanta Falcons in 2015. In six seasons with the Falcons, Quinn had moments of greatness and failures in the process. His 43-42 record is nothing to get excited about, but he did manage to go 3-2 in the playoffs, including a Superbowl appearance against the New England Patriots in the infamous 28-3 meltdown.

That meltdown seemed to signify the beginning of the end for Quinn as the Falcons struggled to win games his remaining few seasons and thus went in a different direction this season. On the other hand, Quinn wasn't jobless for long as he latched onto Mike McCarthy's staff in Dallas to become the defensive coordinator.

This season, not only did Quinn have the Dallas defense swarming like his Seattle days, but they were a turnover machine as they led the league in takeaways. Travon Diggs and his league-best interceptions were a large part of that, but this team knows how to take away the football. Along with the turnovers comes a defense ranked in the top 10 in points allowed as the Cowboys have allowed the seventh-fewest points this season.

When Pace interviewed Quinn, it seemed like the two had a verbal agreement for him to become the Bears head coach only to see Seattle go on that Superbowl run which changed the narrative within the situation. Had the Seahawks been defeated earlier in the postseason, there is an excellent chance that the Bears landed Quinn instead of John Fox, but given the rules back then, it was just not possible.

Granted, Quinn was never formally interviewed because of those playoff runs. You have to wonder where this franchise would be if he joined the Bears instead of the Falcons. Regardless, Quinn may be getting a second shot with the Bears, and although he may not be the people's first choice, he is a valuable option and asset.

Quinn is not just some candidate that the Bears are randomly drawing out of a hat. He has paid his dues in this league and has six years of head coaching experience under his belt. Not to mention he has a reputation of building up a great defense, and I expect him to bring in an excellent defensive coordinator to maximize Quinn's scheme. These are the names you will hear a lot over the next few weeks as the Bears are keeping all of their options open.