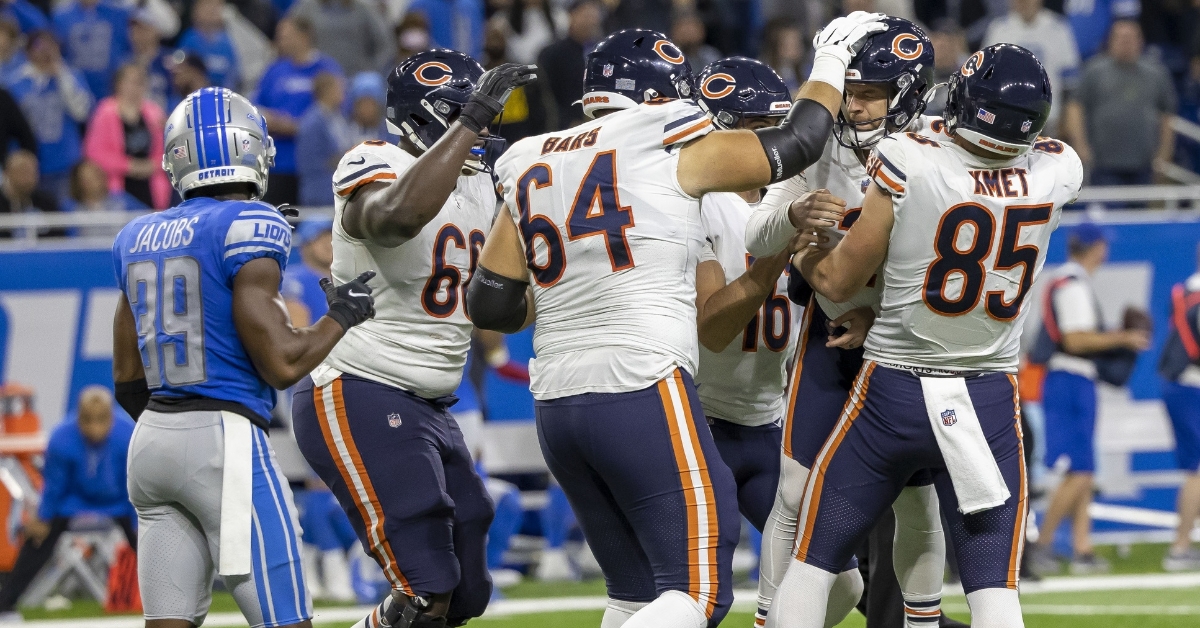 Just when you thought last week's Bears game was the most exciting game of the week, this week has a chance to be even better. Records aside, this matchup against the Detroit Lions will be intriguing as third place in the NFC North is on the line.

Detroit is coming off a massive win against the Packers last week and has been very competitive in most of the games they have played this season. The same thing can be said for the Bears as of late, as their offense has finally come to life despite the results not always showing.

Although Detroit is sitting at 3-6, they are only one game behind the 49ers for that final playoff spot and have the tiebreaker over them after beating them in week one. Needless to say, every win for this team is crucial from here on out, and the Bears know that they need to start winning games now if they want to have a shot at the postseason.

Not only does this game feature the best offense in Detroit, but you have a Chicago team averaging better than 30 points per contest over their last three. Pair that with two struggling defenses; there could be plenty of fireworks on the field Sunday.

Regarding the Bears offense, a lot of the success they have had has come from the running game and the sudden resurgence of Justin Fields, who has been one of the better QBs in the league the last month. Detroit has been an offensive force all season, and that is surprising when you look at some of the names they have and some they are missing.

Ultimately, this game could come down to having the ball last, which defense can make the key plays down the stretch, and who can step up the most. That is something both of these defenses have yet to do well with lately. If the Bears can figure out a way to make some stops, this should be a game they can pick up, which is huge for them in the standings.

What is next for Justin Fields?

As mentioned above, Fields has been one of the best QBs in the league the past three weeks, and that has started to create some buzz in Chicago. Last week, Fields rushed for 178 yards, which broke Michael Vick's previous record for rushing yards by a quarterback.

Keep in mind that he is doing this without passing for many yards, as he had more rushing yards than passing yards. That will have to change if he wants long-term success, but it is working right now. He is still only one of two QBs with 1000 passing yards and 500 yards, as Lamar Jackson is the only other QB who can say that.

Given the state of the Detroit secondary and defense in general, I would expect Fields to run all over them as he has done all season. However, this could be the game when fans finally see him unleash that great arm everyone talks about. Once that aspect of his game comes into play more consistently, look out, as the sky is the limit.

You knew last week would be a learning curve for Chase Claypool as he finished with just 19 yards receiving on two catches. Keep in mind he was acquired by the Bears on Tuesday and only had three days to learn the playbook, so he was being used sparingly.

Now with another week of studies under his belt, look for Claypool to be on the field in much more packages, and the Bears could benefit from that. No one will argue about Claypool's overall athletic ability, as it is second to none. However, the consistency has never been there, which is frustrating for him.

Chicago needs him not only to be more involved this week, but they need him to make more plays. The more he can make, the more Fields will trust him, taking pressure off his favorite target, Darnell Mooney. Look for Claypool to be targeted at least five to seven times, as he hopes to start showing the Bears what he can become.

Unlike last week, where it felt like summer, it will feel like November football in Chicago this week. Despite that, this game could heat up quickly if the offenses continue to do what they have been doing.

You saw it against Dallas at times and against Miami all last week, where when this offense gets rolling, they are tough to stop. Luke Getsy has found his niche as a play-caller, and that all starts from a rushing attack that has topped 200 yards in four straight games and leads the NFL in total rushing yards per game at 193.

It will be up to Fields, Khalil Herbert, and David Montgomery to set the tone early, which will help open things up for Fields and the passing game later on. I expect a high-scoring and fun game on Sunday, but this one should go to Chicago as they hold off Detroit 35-31.