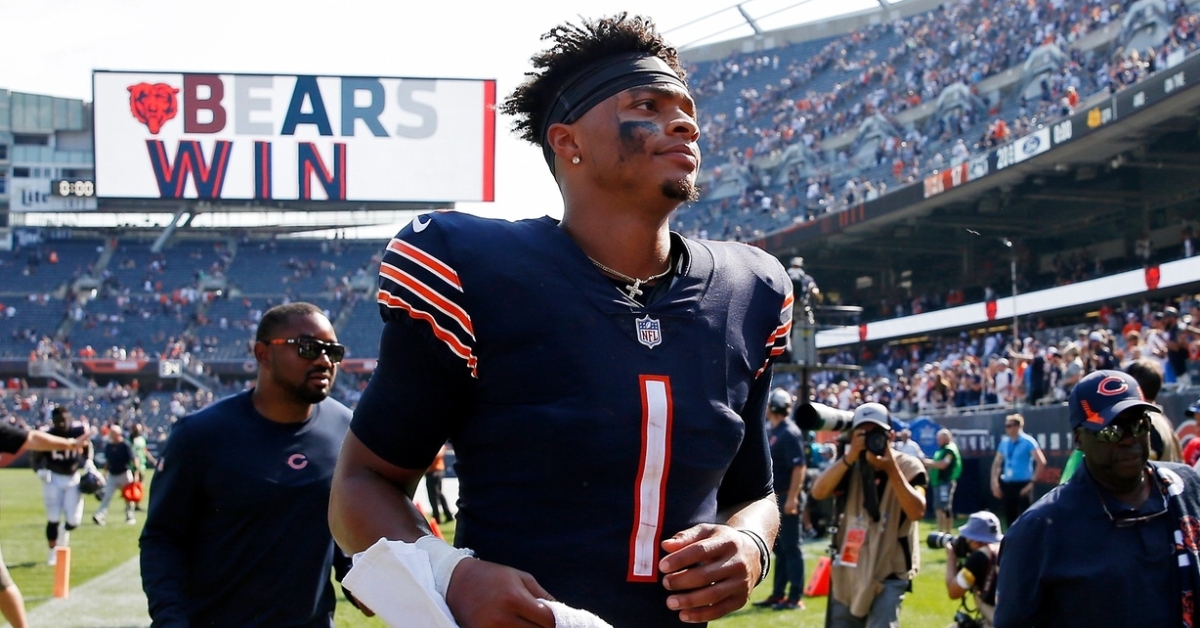 We have reached Friday for what is one of the most exciting weeks for Bears fans during the NFL season. If you haven't guessed by now or have been living under a rock, this is Packers vs. Bears week, where bragging rights in the NFC North will be on the line.

Despite the Bears not having a ton of success against this Packers team over the last three decades, that can all be put to rest on Sunday as a win for Chicago would move them to first place in the NFC North for the time being. With tons of season left to go, that would be huge as it would give the Bears a much-needed tie-breaker as the season goes on in case there is a tie.

While the Packers have benefitted from mainly two starters across the past 30 years, the Bears have used 26 different starting QBs over the last 27, with Jay Cutler and Mitch Trubisky holding the fort down for a large chunk of those years. Chicago is hoping Justin Fields can be their version of Rodgers to be the franchise leader for the next decade-plus as the Bears desperately need a franchise QB. Here are some things to look for in week 6.

With David Montgomery on the shelf for the next month with a sprained knee, the Chicago Bears elected to go with a running back by committee using both Damien Williams and Khalil Herbert to shoulder the load. This week, this will get tougher as Williams has not only landed on the COVID IR, but has tested positive in the process.

That means that Herbert will be the team's No. 1 with recently promoted Artavius Pierce as the backup. This is where the loss of Tarik Cohen hurts this team as he remains on the PUP list through this week. If he was healthy, you could plug him in, and the offense wouldn't miss a beat.

Given that both Montgomery and Williams are down this week, Herbert has a chance to showcase his skills as a primary back. There were moments against the Raiders where Herbert looked like a starting back as he finished with a team-high 75 yards on the ground. This will be the toughest task for the Bears yet, and their running game needs to continue to shoulder the load.

A breakout game for Justin Fields

Through three starts and four games now for Fields, the Bears have gone 2-1, including back-to-back wins with him under center. While most of those games have been predicated on a strong defense getting after their opponents with the running game taking center stage, Fields has shown moments of greatness, especially against the Lions.

With this being his third start, it is only a matter of time until Bill Lazor starts to turn him loose and show the league what he can do. What better game to do that than against the Green Bay Packers. Given that Fields has 4.4 speed, why not let him use his legs to make things happen just as much as his arm.

We saw what Collin Kaepernick did to the Packers in the playoffs that one year with his legs, and given the status of the Packers defense right now, Fields could very easily do the same. I know this is only one game for Fields, but should he go out and beat Green Bay in his first try, he will be forever enriched with Bears fans. This is the moment the Bears have been waiting for, and Fields is ready.

Capitalizing on your opportunities

The Packers may be 4-1 on the season, but they are lucky to be 4-1 at this point. Not only did Mason Crosby miss four kicks last week before winning it in OT, but the Packers also stole a game away from the 49ers two weeks earlier after San Francisco took the lead with less than a minute left.

The Bears have had chances to beat Green Bay the last several seasons, but haven't been able to get over the hump. This is the best chance the Bears have had since 2018, and they need to make sure to capitalize on all the opportunities that present themselves to the Bears.

Prediction: Packers win a close one

With the Packers defense hurting in terms of health, the prediction side of things has gotten much more interesting over the last 48 hours. However, is it enough to pick the Bears to beat Green Bay in Chicago?

As much as I would love to pick the Bears this week, we are still talking about Rodgers here, who has chewed up and spit out the Bears for 17 years. Not to mention some of his best games have come at Soldier Field while crushing the Hearts of Bears fans with his bare hands. Look for a great game throughout, but as things sit right now, I still like the Packers to win 27-21. Until the Bears can show they can beat Green Bay consistently, it is hard to pick them.