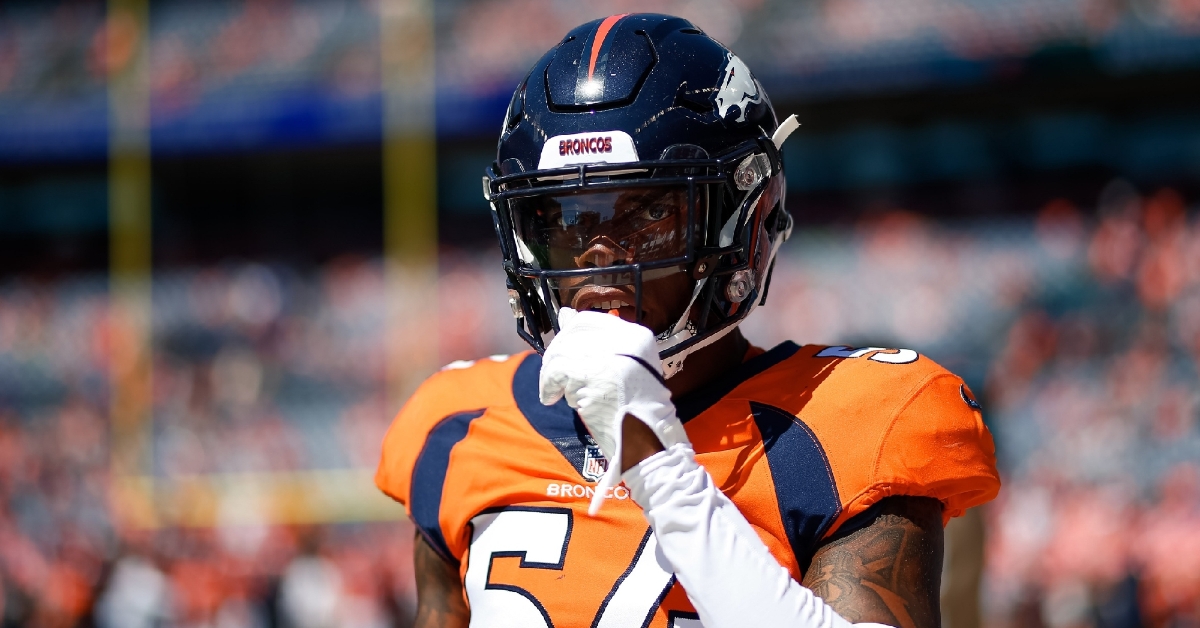 The last time the Bears had someone named Brandon Marshall on their roster, they got him from the Denver Broncos, and he emerged as the team's go-to receiver for several seasons. Ironically, the Bears worked out another player named Marshall, but it isn't the same Marshall as fans remember. To make things even more ironic, this Marshall also spent time on the Broncos roster as Chicago continues to address a lot of the depth holes that need to be filled.

The Bears recently invited former Denver linebacker Brandon Marshall to Chicago for a workout after he previously worked out with the San Francisco 49ers. This would be an excellent addition to the Bears defense, especially if his tryout were as good as many fans expect it to be. The 31-year-old Marshall has seven years of pro experience at the inside linebacker position but hasn't played since 2018, when he made seven starts and 11 appearances.

He was in the final year of his six-year contract that season and hasn't been able to find work since, which is strange. When he was at the peak of his career, Marshall was as solid as they come for inside linebackers, posting three 100 plus tackle seasons in 2014,2015 and 2017. As good of a player he was during a four-year run. Injuries eventually took their toll on him, which cut his playing days in Denver much shorter than people expected.

He missed time in 2016 and in 2018, which forced Denver's hand to decline his option in 2019. He signed with the Raiders ahead of the 2019 season, but never made the week one roster and has been a free agent ever since. Even if his days as a starter are long gone, that doesn't mean he wouldn't make an excellent depth fit for this team, who is desperately looking to plug in the holes they lost the past few years.

Bringing in a guy like Marshall would give the Bears not only much-needed depth, but you would be bringing in a veteran guy with 63 games of NFL experience. The Bears have already addressed their linebacker depth by adding Christian Jones, but Marshall would make this unit that much deeper and scarier than where they are now.

When you consider that the Bears put Manti Te'o in the starting lineup for last season's playoff game against the Saints, you can see how thin they were on depth at that point. Chicago doesn't want to fall into that trap again, so they are doing their homework on a lot of guys who may not be starters anymore but have had a ton of success in the past.

Marshall fits that mold to a T, and the Bears are not alone in teams that feel the same way. Not only was he a tackle machine during those three seasons, but Marshall has accounted for 418 tackles across his career as he has a knack for finding the ball. To go with those tackles come 29 tackles for a loss, including 6.5 sacks. Marshall has also added five forced fumbles, two interceptions, one fumble recovery, and one defensive touchdown to his name, proving how diverse a linebacker he is.

If his workout went better than expected and the Bears were to offer him a contract, what type of production could Chicago expect? Well, for starters, you are looking at someone who has the potential to start should injuries happen, but also someone who you can use in several situations to get him on the field.

He may not be an elite player anymore, but he will still make plays for this defense and make things happen on the field. Limiting his role from a starter to more of a reserve-type player could ultimately preserve his career a few more seasons as it may allow him to stay healthy. This is another low-risk inquiry as Ryan Pace is doing a much better job of late with this team.