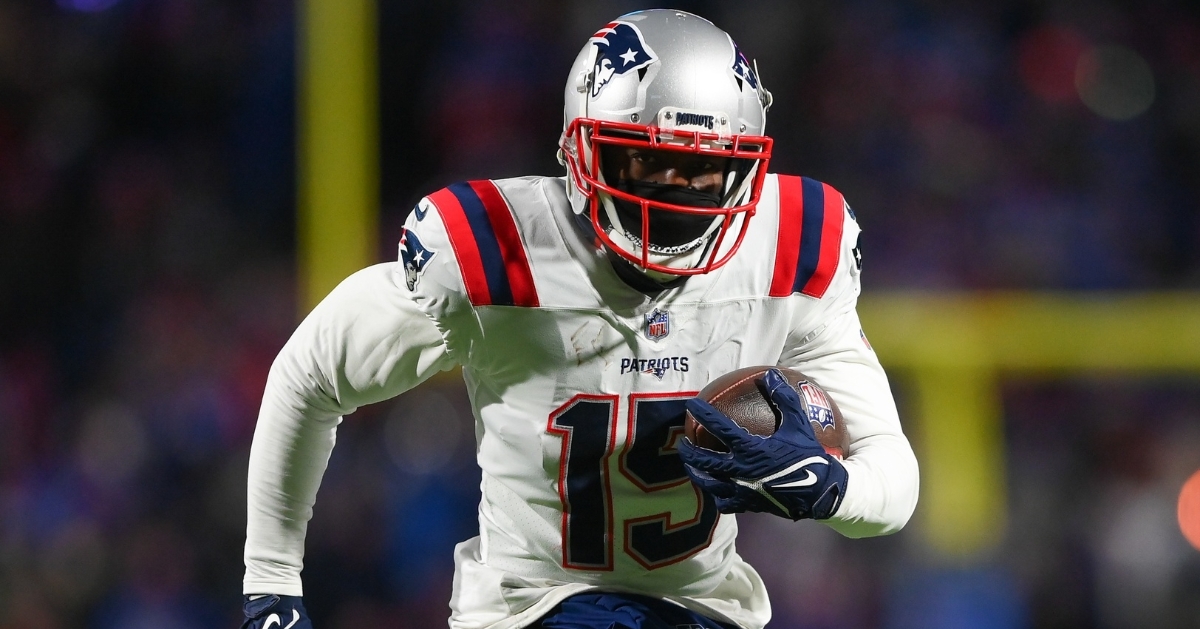 While the news in Chicago may be quiet right now, there is still plenty of offseason left where things can happen. Right now, teams are in the process of mandatory mini-camp as training camp is set to follow.

Once that happens, you will have a better idea of how teams will handle their business, as roster cuts will need to be made to get down to a 53-man roster. While most of those cuts are typically clear cut and dry, you always have the surprising cuts that are often made to save money.

One of the names to keep an eye on is coming off a good season in New England as veteran WR Nelson Agholor could be an option in Chicago if cut from New Egland. Not only do some list him as a potential cut candidate, which would be shocking, but some analysts expect him to sign with Chicago before the season starts, which would give Justin Fields and that offense another nice piece.

Agholor filled a No. 1 role last season, but has primarily been a No. 2 or No. 3 option at every destination. Coming off a 473 yards three-touchdown season, the 29-year-old hopes to remain in New England, but after the Patriots drafted Tyquan Thornton in the second round, his future is now in question as he has become expendable.

Thornton offers the Patriots plenty of speed which is what Agholor is known for, but he is a lot young, which could mean the end of the road for Agholor in New England. The Patriots added Davonte Parker this offseason and gave Mac Jones more weapons on the offensive end than they had a season ago.

Although not generating a ton of buzz right now, this has been something that has been talked about since the end of May, but is now gaining more traction. Since cutting Agholor would roughly create 4.8 million dollars in cap space, it becomes an option for New England to add more money. The problem with that becomes his dead money which the Patriots would have to eat 10 million.

Given the dead money issue, Agholor is more likely to restructure his deal in New England, which would make him a trade candidate for multiple teams. Whether traded or cut, if reports are accurate that he could be on the way out, he makes a logical fit for the Bears offense and would come at a cheap enough price to make things happen.

The Bears are looking for a reliable No.2 option behind Darnell Mooney, and despite multiple options in camp, none of them can be trusted enough at the same level Agholor can be. The former first-round pick back in 2015 from USC, Agholor spent his first five seasons with the Eagles, seeing action in 71 games before moving on.

His first year away from Philadelphia was in 2020, when he decided to sign with the Las Vegas Raiders. With the Raiders, he produced his best season as a pro when he came down with 896 yards on 48 receptions for a career-best 18.7 YPC. He also added a career-high eight touchdowns that season, making him a hot free agent target for many teams.

While his production was not significant in New England, Agholor will still give you around 600 yards receiving to go with five touchdowns a season. That is great production from a no. 2 option and one that will help both Mooney and Fields out tremendously.

Agholor is an upgrade on some of them, as Jones and Newsome are still young and unproven, and Pettis, in particular, has had trouble staying on the field in recent years, but the Bears likely want to see what they have in their young group of wideouts.

When speaking with new offensive coordinator Luke Getsy, he has made it clear that he wants to add speedsters on offense. Color comes with 4.42 speed which lands him in that speedster category. However, his issue with drops and failing to catch more than 60% of passes thrown his way is a serious concern.

Agholor is a decent receiver that will help any team if added to their mix. However, if he is cut, which is a big if, the Bears may be better off trusting some of these offseason acquisitions. Regardless, Chicago is not done looking for offensive help as they could be very busy on the waiver wire soon.