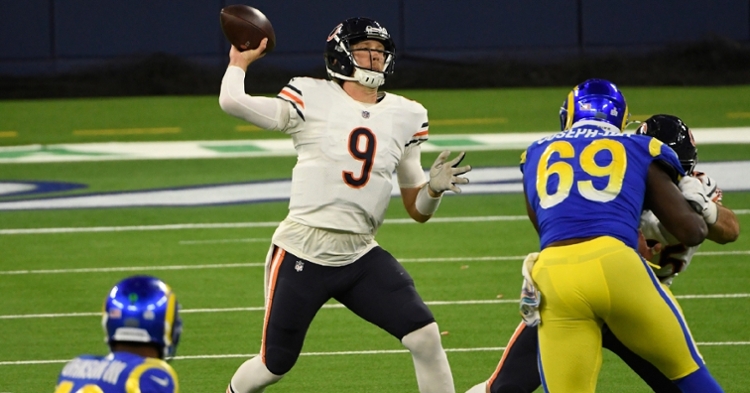 As fans get set for the 2021 season opener for the Chicago Bears, I thought it would be interesting to go back in time and look at what this matchup tells us. These two teams are no strangers to one another, going all the back to the 1930s for their first-ever meeting.

Despite luck tilting in the Rams favor over the better part of the last decade, the Bears have still owned this series posting a 54-38-3 record all-time against the Rams franchise. They have also outscored the Rams 2171 to 1894 in the process, as most of these games have been competitive. Going back to 1927, when the Rams were called the Cleveland Rams, the Bears faced them twice that season winning the first game 20-6 before following that up with a 15-7 about a month later.

The Rams followed that up by sweeping the Bears in 1938 before the Bears went on to win eight consecutive matchups from 1939 through the 1942 season. In 1944, the Rams scored their next win, topping the Bears 19-7 as that was part of three losses in a four-game stretch for the Bears against this team. Following their 28-28 tie in 1946, the Bears won six of the next nine before losing six straight to open the 1950's against the Rams.

When the Rams moved to Los Angeles for the first time in the 1950s, the rivalry heavily shifted in the Bears favor, with Chicago winning nine of 10 at one point, including eight straight. Chicago added another eight-game winning streak against the Rams in the 1960s, which concluded with winning of 11 out of 15 against this team as things were starting to become completely one-sided.

During this series, the best decade for the Rams was in the 1970s when they won six consecutive games and seven out of 10 total with a tie mixed in. Outside of that, the Bears have dominated this rivalry apart from the late 1990s on. Over a five-year stretch from 1998-2003, the Rams went a perfect 4-0, but that was the greatest show on turf running the show.

Chicago responded with a four-game winning streak from 2006-2012, making things look relatively easy in the process. Since 2013, this series has been about as balanced as possible, with the Rams holding a 3-2 record, including two consecutive wins in 2019 and 2020, where the Bears have been outscored 41-17 in the process.

One thing we can say about this series is that whenever a team seems to have the upper hand, they rip off a long winning streak that can last for several years. While the Rams haven't had a sizable advantage, they have the upper hand recently, which could signify another win, making it three straight.

These games will not be the high-scoring games of the past where the Greatest Show on turf would come out and rip off 40 points per game. When you look at the rosters on paper and watch games from seasons past, you see a pair of teams with all the offensive weapons in the world to make things happen, but both pride themselves on defense. Neither one of these teams is constructed like that, and fans shouldn't expect to see high-scoring affairs when they face.

Both have former defensive players of the year in Khalil Mack and Aaron Donald while having plenty of talent across all three units of the defense. Offensively, both sides have the skill players to make plays, but lack of offensive consistency has hampered them in recent seasons. Ultimately it comes down to coaching, and the jury is still out on Matt Nagy, whereas Sean McVay continues to be looked at as one of the premier coaches in the NFL.

This may not be one of the more notable rivalries in the NFL, but it is a rivalry that dates all the back to the 1930s. Not many teams can say they have played an opponent for that long, let alone have a franchise founded around that same time. Approaching 90 years from the time these teams first met, this rivalry continues to be competitive, and that shouldn't surprise fans to see that for another 80 plus years.