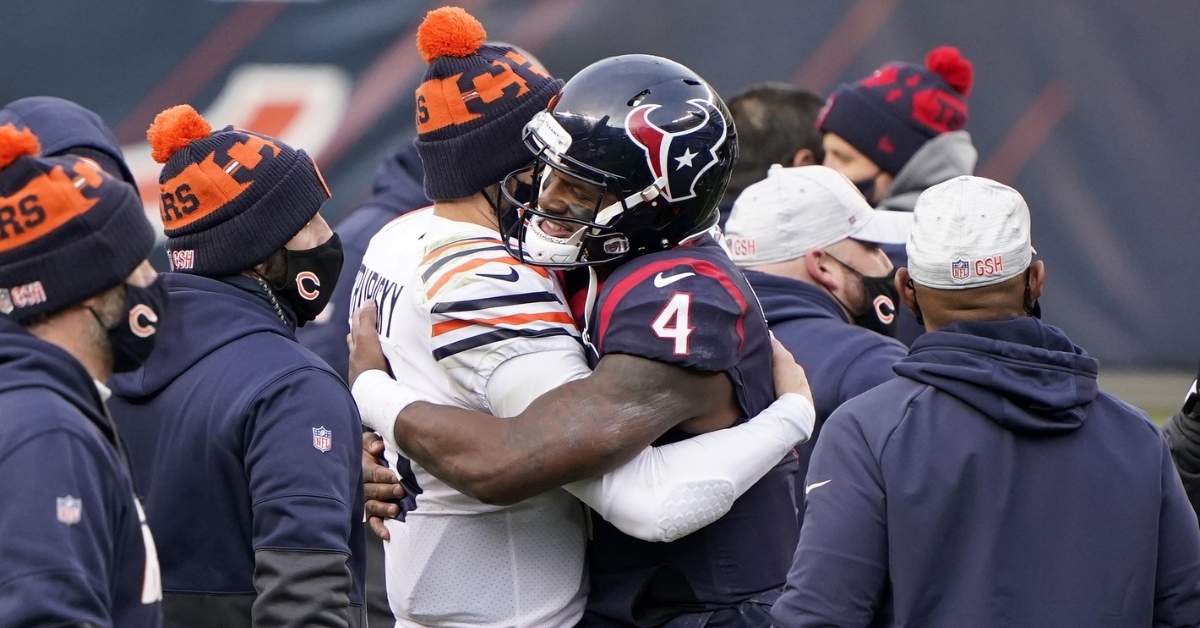 If the Bears want to make a move in the NFC North standings, they will have to do so against some unfamiliar opponents the next few games. That may not be bad as the Bears have struggled to win within their own division.

First on the list is the Houston Texans, who will be coming to Soldier Field this weekend. While this may be an unfamiliar opponent to the Bears, it is not for Head Coach Matt Eberflus, as he has faced off against them as a member of the Colts coaching staff.

Unlike most of the teams the Bears will face, Houston is the youngest of all the NFL franchises as they made their NFL debut in 2002. That means Chicago doesn't have much experience against them, with these two teams squaring off just five times over the last 20 years.

When these teams have had the privilege of facing off, the Bears have struggled mightily, to say the least, as they have gone just 1-4 against the Texans all time. Ironically, that win came two seasons ago in Soldier Field, where the Bears jumped on the Texans early and often for the 36-7 win.

That was one of the rare offensive showings under the Matt Nagy regime, and that game was the most lopsided score in the series. Looking at the direction the two teams are facing this season, Chicago should be the favorites to win again, but with Lovie Smith as their head coach, you can bet Houston will be a tough out for everyone this season.

Of the six all-time meetings, this will be the fourth time these teams have played at Solider Field, with the Texans holding a 2-1 mark. In their first trip to Soldier Field in 2004, the Texans managed to brave the December cold and topped the Bears 24-5. David Carr was calling the shots in that game, tossing for 220 yards to go with one touchdown.

He faced off against Chad Hutchinson, who did not have a good game. Hutchinson finished with 168 yards and one interception. The Texans also had a WR named Jabar Gaffney, who torched Chicago for 109 yards on four catches in that game.

The second of the meetings came eight years later when the cold autumn weather was supposed to be the equalizer. Instead, Houston came into Chicago again to win a defensive struggle 13-6. This is arguably one of the worst offensive showings from Chicago in recent memory as Matt Schaub threw for less than 100 yards, and they still somehow lost this game.

That is because fellow QB Jay Cutler threw for just 40 yards with a pair of interceptions, while Jason Campbell came in to throw for just 94 yards. If anything, that was a Nagy game before Nagy even existed, and it was a day Bears fans would love to forget.

Like the first time Houston came to Chicago, it would be eight years before the Texans returned, which is when that 36-7 loss happened. In desperate need of a win and perhaps an even stronger offensive showing, the Bears need this win more than most would think.

You look at their upcoming schedule and how much improved the NFC North looks from top to bottom; wins will not come easy inside the division this season, so they need to capitalize on the games they should win. With already one victory at home, a 2-0 start in front of the home fans is everything this team could want and more, and hopefully, they can send the home fans happy for a second time.