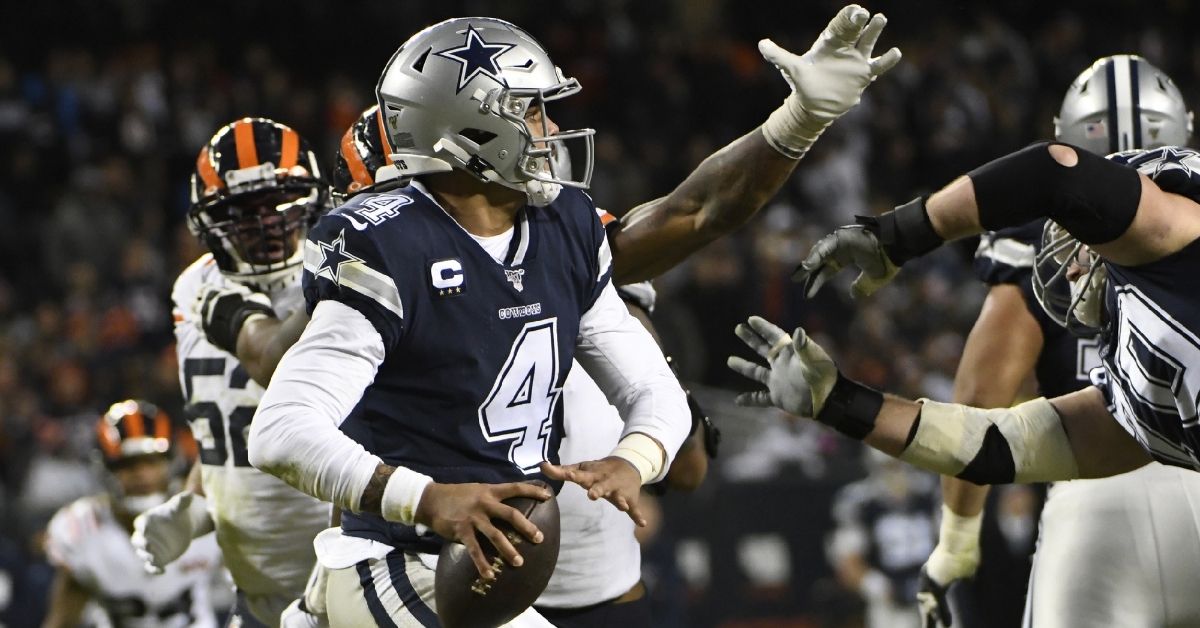 Now that fans have seen the best from Chicago, they want more, and if the Bears give them more, they will have to embark on a very challenging stretch of their schedule. That begins this week against the Dallas Cowboys, who enter this game at 5-2 and with one of the league's best defenses.

Like most cross-conference series, this series has a limited amount of history despite going on since the 1960s. This will be the 28th meeting between the two teams, and the first 27 have been about as close as you can, with the Cowboys holding a 15-12 advantage in the series.

Dallas has been to eight super bowls as a team with five victories, while the Bears have 13 NFL championships and one Superbowl title. Needless to say, there is a ton of history between these two, even if they don't play every season. When you look back at when this series began, things were about as even as possible as the Bears held a 3-2 lead across the first five meetings.

That included an inaugural 17-7 win in 1960 when the teams met for the first time. It was in 1973 when the Cowboys took over and what they did over an eight-year stretch is why they have the lead in the series. Not only did the Cowboys win six-straight meetings from 1973-81, the longest such streak in the series, but it included a 1977 playoff win that saw the Cowboys come out on top 37-7.

These were the glory days for the Cowboys, and the Bears were feeling the effects of it during that time. The Bears followed that six-game skid with three straight wins to get back into the overall series. The Cowboys picked the perfect time to end that skid as they used a 17-13 playoff win in 1991 to get it done. Those were the only two times these teams met in the playoffs, and the Cowboys happened to come away with wins both times.

Despite the Cowboys having a ton of success in the 1990s and the 2000s, the overall series has been about as even as possible for the better part of the last 30 years. Going back to the start of the new Millenium, the first meeting for the teams came in 2004, and they have played eight times since. Chicago has posted a 4-4 record during those games, yet again; the series continues to be evenly matched.

Dallas may have started the 2000s off on a positive note, but the Bears turned the table in 2010, winning three straight games from 2010 through 2013. Just when you thought the Bears had taken control of the series, the Cowboys again rallied as they came away with two straight wins after that to take a 15-11 series.

These teams met three years ago in 2019 when the Bears hosted the Cowboys. It was also the last time these teams met, with the Bears coming away with a massive 31-24 win. This week's contest puts the Bears at AT&T Stadium in Irving, Texas, where Chicago has played very well.

Since the stadium was constructed, Chicago has traveled to Dallas four times and has come away with a 2-2 record. Their last win came in 2014 when they downed Dallas 34-18, and Chicago will be looking to do that again.

Please make no mistake about it. Dallas is an excellent team, as their 5-2 record indicates. Known as an offensive team, the Cowboys' defense has carried them all season. Dan Quinn has gotten this defense to play at an elite level that has them as one, if not the best defensive team in the league.

Having guys like Micah Parsons and Trevon Diggs certainly does help, but others can get the job done. If Chicago can come out and play as they did on Monday, they have a great shot at knocking off Dallas. However, this Cowboys' defense will be challenging to crack.