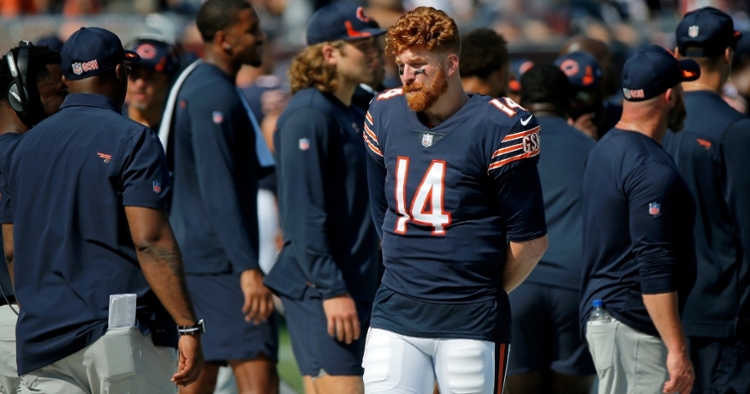 Some promising injury news for the Chicago Bears.

Veteran quarterback Andy Dalton went down in the first half on a non-contact injury in the 20-17 win over the Bengals.

Justin Fields stepped in and held the fort together for the victory.

Dalton's injury was not as bad as expected from an aging quarterback.

"The initial exams did show no ACL tear and no damage to the MCL, a source said to NFL Network's Ian Rapoport. "MRI today, but the early diagnosis of bone bruise would show he dodged major injury. That would be good news considering what it looked like at first glance."

Sources: #Bears QB Andy Dalton had his MRI and it confirmed a bone bruise in his knee. No official determination has been made about his status this week.

Before leaving the game with the injury, Dalton was 9-for-11 for 56 yards and a passing touchdown. For the season, he has completed 36 out of 49 passes for 262 yards and a touchdown, and an interception.

Bears head coach Andy Dalton said on Monday that Dalton is the starting quarterback when he is healthy.

I know some Bears fans sadly are hoping that Fields will play no matter what, but it's good news that Dalton didn't tear his ACL and out for the season.