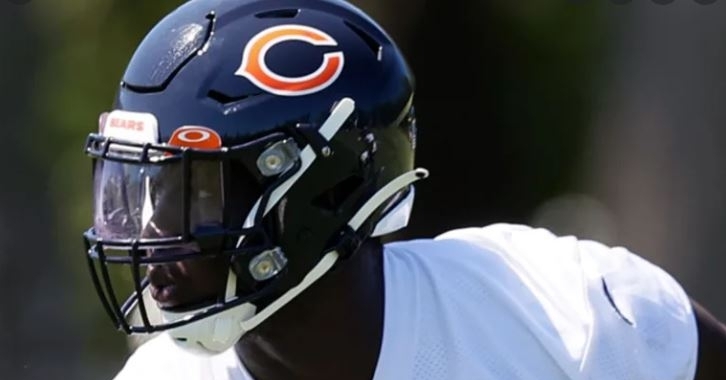 Attaochu is out for the season (Photo courtesy: Chicago Bears)

This is not good news for the Bears' defensive depth.

Chicago Bears linebacker Jeremiah Attaochu has suffered a pectoral tear and will be out for the season according to reports.

Attaochu suffered the pec injury during Sunday's win against the Raiders.

He was signed by the Bears this past offseason on a two-year deal worth $5.5 million and was going to be a nice rotational piece for the team. Hopefully, he will heal up well and be a solid member of the defense in 2022.

For the season, Attaochu had two tackles and a quarterback hit in five games.

Now rookie rusher Trevis Gipson will likely be next in line to get some increased snaps on the defense.

This could work out well for the Bears as Gipson certainly has more upside than Attaochu as a pass rusher. The rookie speed rusher has two sacks on the season.