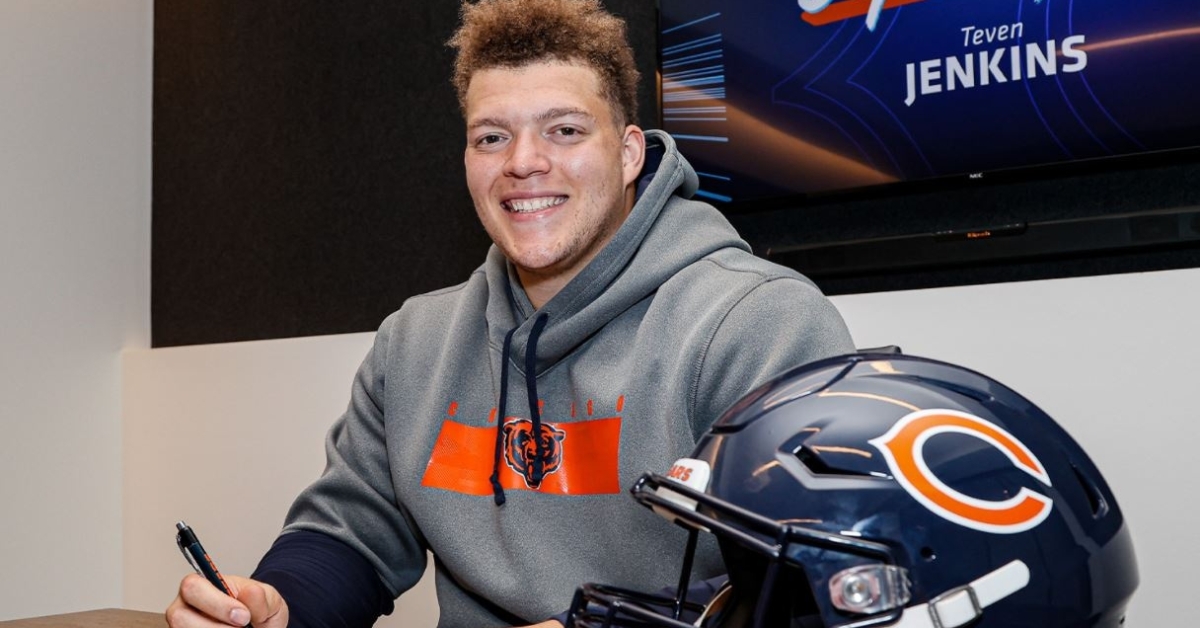 On Saturday, the Chicago Bears announced that they have activated rookie offensive tackle Teven Jenkins from the injured reserve.

They also have flexed veteran linebacker Bruce Irvin and receiver Rodney Adams to the active roster in preparation for Sunday's game against the Arizona Cardinals.

After undergoing back surgery in August, Jenkins will likely make his much-anticipated season debut. He was a second-round draft pick in an area of need for the team.

Irvin will also make his season debut for the Bears as he was signed to the team on Nov. 19 after the injury news to Khalil Mack.

Adams will also look to get his first action of the season as he has been on the practice squad.