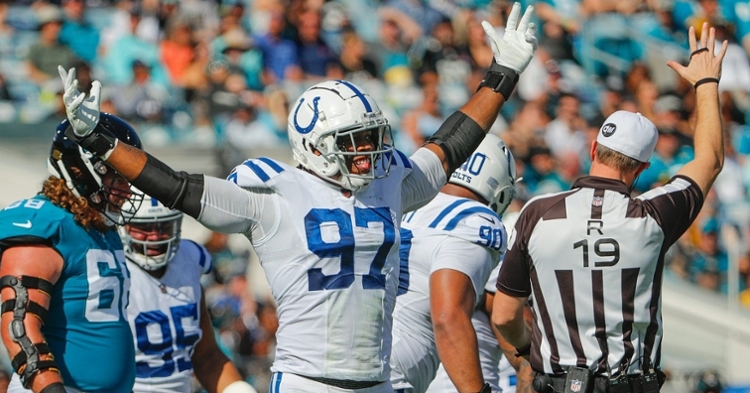 The Chicago Bears announced on Sunday that they have signed free agent defensive end Al-Quadin Muhammad to a two-year deal.

The 26-year-old spent the last four seasons with the Colts with 124 tackles including 22 for loss, 11 sacks, three forced fumbles and one fumble recovery.

As a first-time starter in 2021, he registered 48 tackles including seven for loss and six sacks.

He was drafted by the Saints in the sixth round of the 2017 draft out of Miami.

"Quan represents the play style coach Eberflus wants our entire team to have," said general manager Ryan Poles. "His motor and desire to affect the game stands out. We are excited to have him. We would like to thank Drew Rosenhaus at Rosenhaus Sports for helping bring him to Chicago."

"So, it's just an honor to be a part of this culture, the family, Chicago Bears," Muhammad said to the media. "We're looking to do great things here. It's an honor."