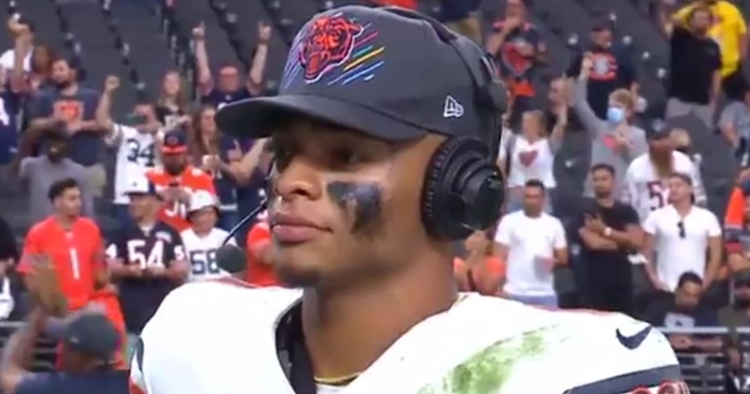 Fields got the win in his second NFL road start

'Club Dub' was jumping after another victory for the Chicago Bears on Sunday.

With the victory over the Las Vegas Raiders, the Bears have moved to 2-1 on the season and have been exciting to watch with rookie quarterback Justin Fields running the show on offense.

After the win, Fields spoke to CBS Sports reporter Evan Washburn about how his team got the win in his second road start.

"I think executing on all three phases and playing all four quarters. We know this team is good (Raiders) and just finishing out the game," he said.

Fields was asked about his injury when he had to leave the game for a few plays.

"I took a few shots, but I battled through it, and I'll recover this weekend and get ready for next week."

"When the running game is going like this, we can do a lot of things on offense. Hopefully we can keep that going and keep winning games."