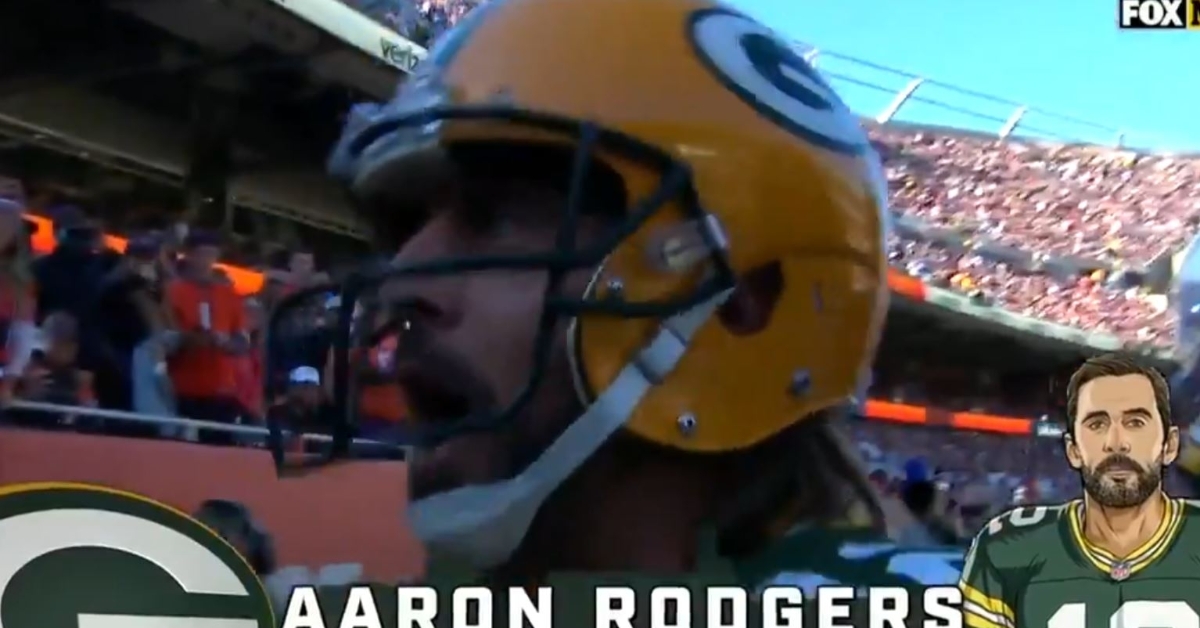 Aaron Rodgers was very happy with himself after the TD

Green Bay Packers quarterback Aaron Rodgers had a clutch rushing touchdown late in the fourth quarter to put his team up 24-14 over the Chicago Bears on Sunday afternoon.

Rodgers celebrated after the play putting on an imaginary title belt and yelling at Bears fans.

This is usually a taunting personal foul for players when they choose to trash talk patrons.

Not sure why there was no flag on the play but this referee crew has had a tough afternoon on some missed calls.

Check it out below:

Aaron Rodgers yelling "I still own you" to Bears fans ??