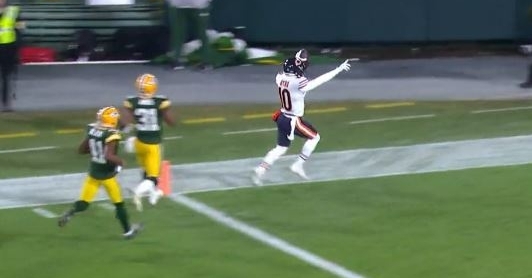 The Chicago Bears offense is rolling in the first half against the rival Green Bay Packers on Sunday night.

Late in the second quarter, reserve receiver Damiere Byrd caught a short throw over the middle and took it to the house for a 54-yard touchdown.

The 17 points are the most the Bears have scored in the first half this season.

Check out the impressive touchdown below: