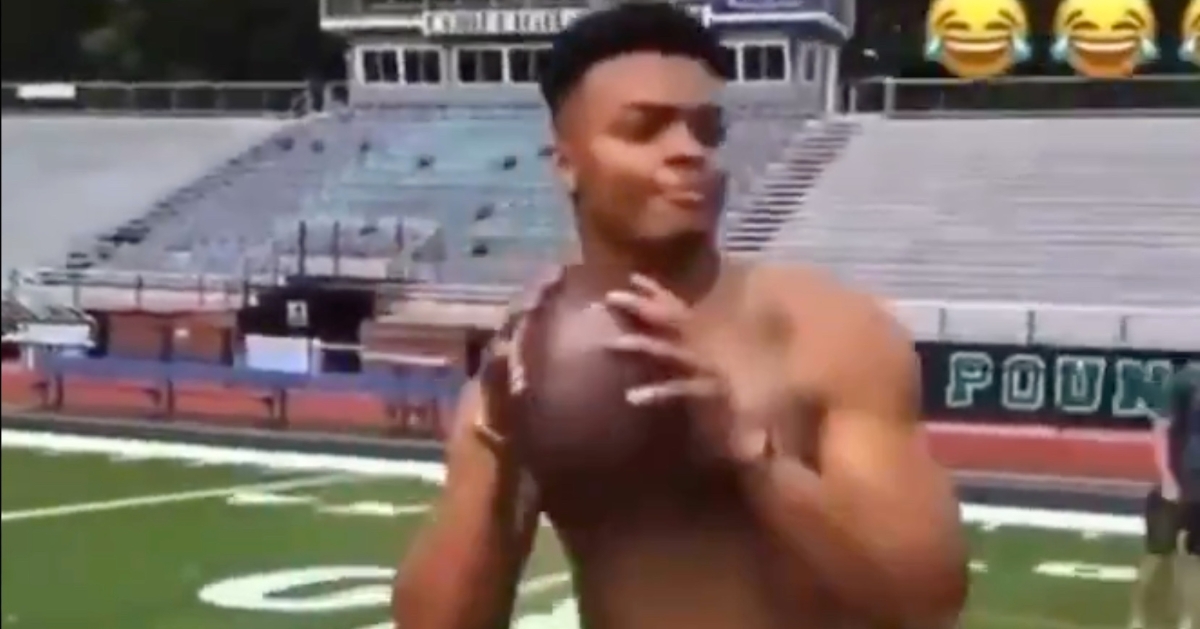 For any Chicago Bears fans harboring concerns regarding rookie Bears quarterback Justin Fields' accuracy, a video featuring the first-year NFL gunslinger drilling a crossbar with a fairly deep throw should help to assuage those concerns. Fields went viral on Monday because of a video showing him purportedly hitting the crossbar of a goal post on his first try.

The person filming the video bet Fields that he could not hit the crossbar with the football on his first attempt, and Fields, who has already impressed his teammates with his confidence and swagger, took him up on the bet. Fields then made the feat look far easier than it was by lobbing a 25-yard throw and nailing the center of the crossbar.

"Stop playing with me," Fields confidently told his challenger after proving him wrong.

Although Fields is currently the Bears' second-string quarterback behind offseason acquisition Andy Dalton, his recent performance at minicamp was enough for many to consider the possibility that Fields could enter Week 1 as the starter. With accuracy like he displayed in the viral clip, Fields might give Dalton a run for his money in the preseason.

Someone bet Justin Fields he couldn’t hit the crossbar.

Fields: “Come on now stop playing with me.” pic.twitter.com/kDTynL7V26