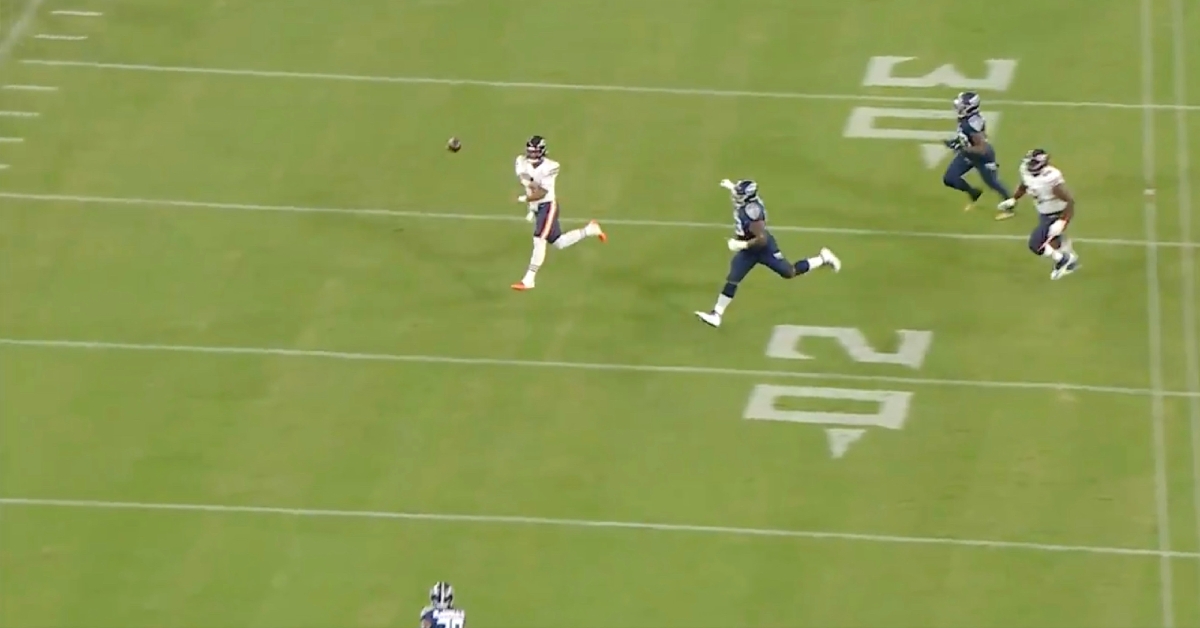 Justin Fields made a great throw while on the run, resulting in a go-ahead touchdown for the Bears.

NASHVILLE, Tenn. — Threading the needle after getting forced out of the pocket by the pass rush, Chicago Bears quarterback Justin Fields showed off his accuracy with a 20-yard touchdown pass to tight end Jesper Horsted on Saturday. The go-ahead score saw Horsted catch Fields' throw in tight coverage in the right side of the end zone at Nissan Stadium.

As a result, the Bears garnered a 14-10 advantage over the Tennessee Titans, their first lead of the game. The pass capped off a six-play, 78-yard drive late in the first half. Horsted scored with 59 seconds remaining in the second quarter, and the Bears' lone offensive touchdown of the opening half provided them with a halftime lead.