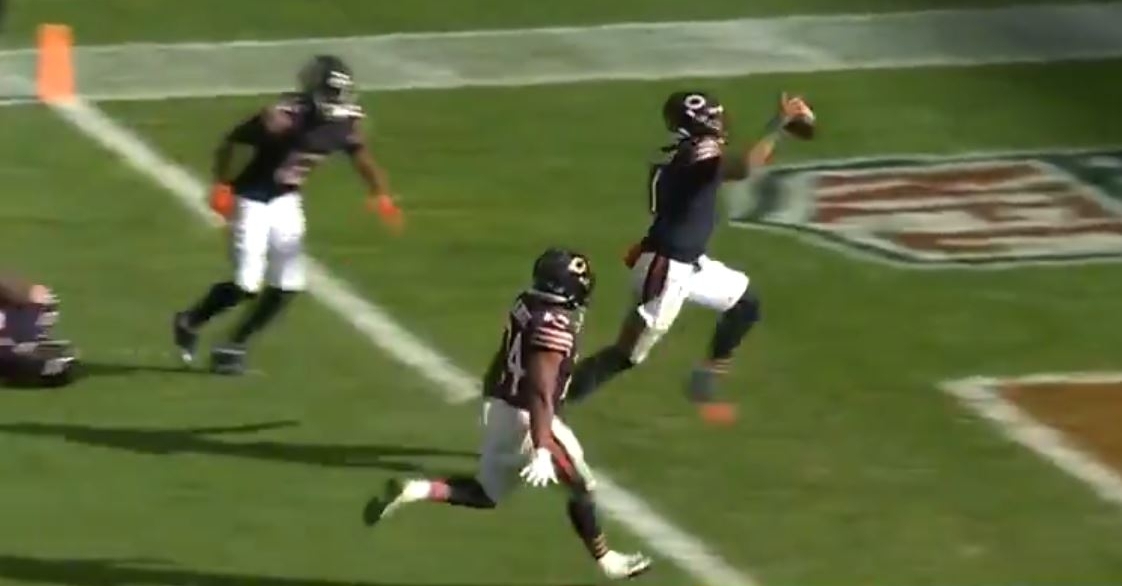 The Bears and 49ers are currently in a highly-contested game on Sunday.

Rookie quarterback Justin Fields has been impressive during the contest and had an insane 22-yard touchdown run to pull the Bears within one point in the fourth quarter.

With that touchdown, Fields becomes the first Bears to rush for 100 yards in a game since Bobby Douglass in 1973.

He currently has 103 yards rushing and it was clearly the play of the season so far offensively for the Bears.

Check out the touchdown below:

JUSTIN FIELDS IS A MAGICIAN