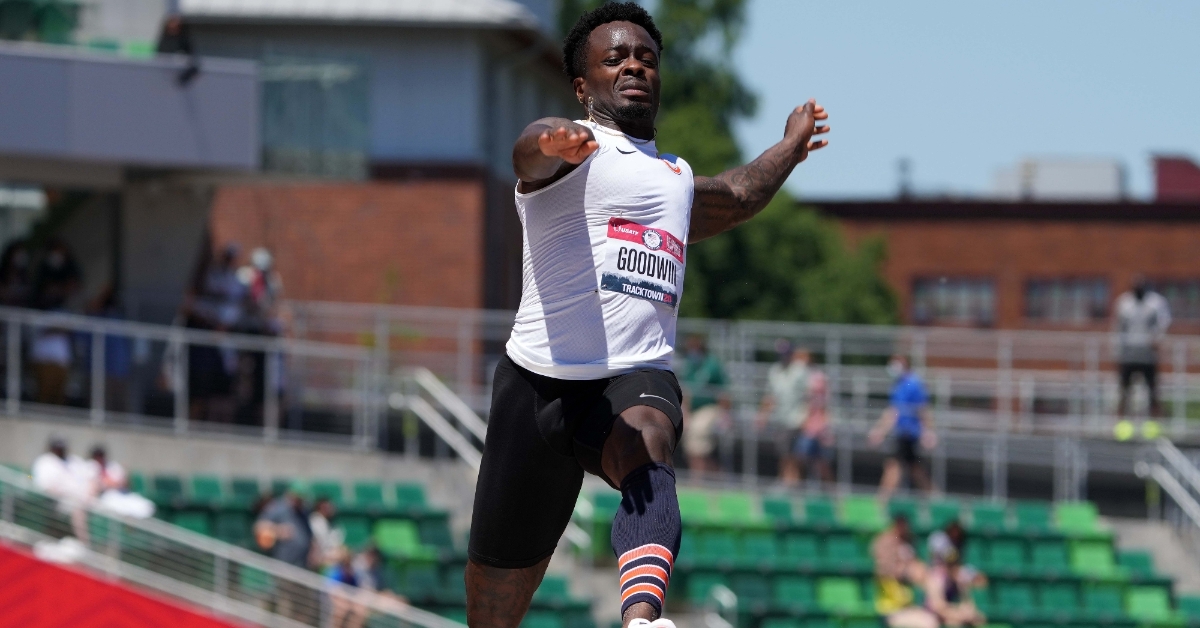 Marquise Goodwin has continued to compete in the long jump since being drafted to play in the NFL in 2013. (Credit: Kirby Lee-USA TODAY Sports)

EUGENE, Ore. — The Chicago Bears signed veteran wide receiver Marquise Goodwin to a contract this offseason, and the lightning-fast downfield threat is expected to make a splash this fall. However, Goodwin has had more pressing matters at hand as of late, with a spot on the U.S. Olympic Team up for grabs.

Goodwin, 30, is a former college track and field star for the Texas Longhorns, having won the national championship in the long jump in 2010 and 2012. While at Texas, Goodwin, who was also a standout sprinter, was a four-time All-American. He competed in the long jump at the 2012 Summer Olympics in London, coming in 10th place.

Aiming to earn a chance to compete in the 2020 Summer Olympics in Tokyo, Goodwin competed in the long jump at the U.S. Olympic Trials at Hayward Field on Friday. Goodwin's longest jump of the day measured 24 feet 10 inches, resulting in Goodwin placing 19th in the field of 24. Goodwin did not qualify for the Olympics, unfortunately, but, on the bright side, he will be able to participate in the entirety of Bears training camp.