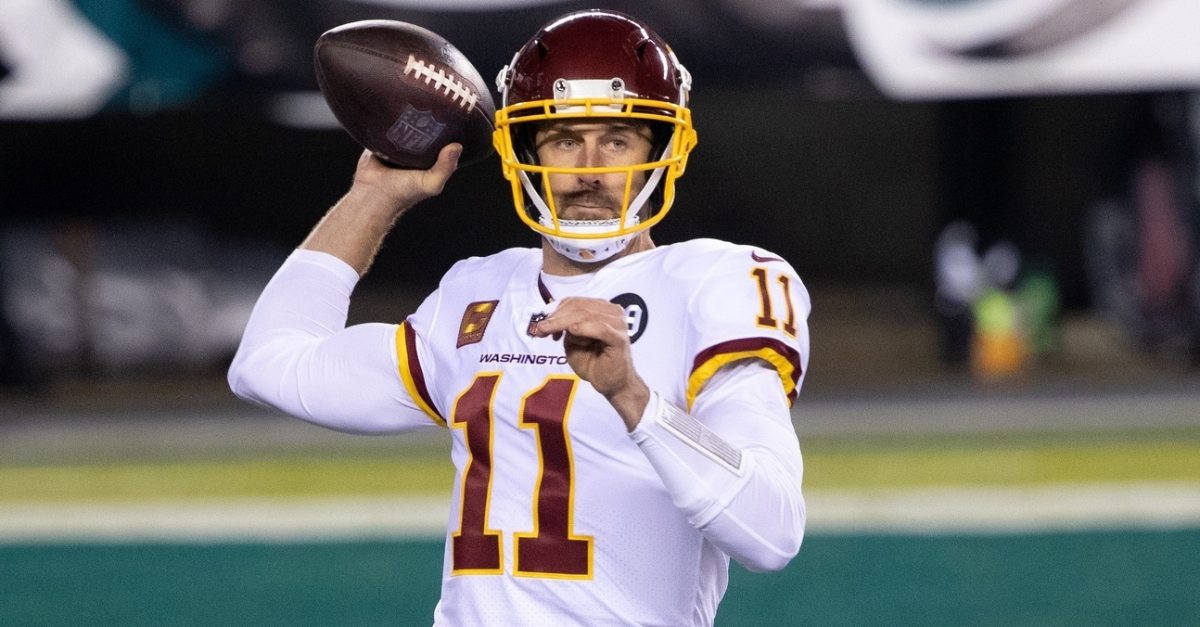 Two years ago, Alex Smith suffered a gruesome leg injury that put his career in jeopardy. After nearly two years of surgeries and fighting to come back, Smith not only returned to the field last season but helped lead the Washington Football Team to the playoffs while taking home comeback player of the year honors.

Despite all that, Washington had different plans in mind as they have decided to extend Taylor Heinicke after just one playoff start and have now parted ways with Smith. Even though the injury history of Smith is going to be a question the rest of his career, the free-agent quarterback will find a new home soon enough, and it is the Bears listed as a real possible destination.

From NFL Now: The Washington Football Team is expected to release QB Alex Smith and he still wants to play. If that holds, the #Bears would be one of the teams that makes sense... pic.twitter.com/JVcGyZX9SB

Five years ago, when Smith was with Kansas City, he played the best football of his career. Then, Andy Reid and the front office found a new toy in Patrick Mahomes, which signified the end of the for Smith in KC. He then went on to sign a three-year contract with the Redskins and, before his injury, had Washington in a position to win the NFC East in 2018. Now at 36, Smith is looking to stay in the NFL for one more season, and Chicago may be the place.

With the Bears searching for some improvement at the quarterback position and with former Kansas City offensive coordinator Matt Nagy in charge, could this be enough to see Smith land in Chicago? A lot has been made about Nagy and his play-calling abilities, but when you look at the success Smith was having with Kansas City, which is credited to Nagy. The Andy Reid system makes a difference, but Nagy knew how to get the most out of Smith, which is more than you can say about Nick Foles this season.

Even with a leg that may never be 100% again, Smith still showed he can play under center going 5-1 as a starter for Washington this season after replacing Duane Haskins and Kyle Allen. Granted, Washington wasn't lighting up the scoreboard, but they are carried by defense similar to what this Bears has done. Smith also understands the system Nagy is running and what Nagy likes to do, so it could be an easy transition.

Smith, of course, needs to prove he can stay healthy for an entire season, especially after coming off the injury he suffered. Should he prove he can do that, Chicago may be the next chapter of what has been a remarkable comeback.

When Smith was healthy and playing his best football, there was a lot to like about him. He led the San Francisco 49ers to the NFC Championship game despite not having just one season over 4000 yards passing which came in 2017 with the Chiefs. That season he not only completed 67% of his passes but threw for 4042 yards, a career-high 26 touchdowns, and five interceptions. Smith has surpassed the 35000-yard mark in passing yards to go with 199 touchdowns and 109 interceptions for his career.

The interception numbers are a bit higher than you would like to see or think, but many of those came early in his career with the 49ers. Not only has it been 10 seasons since Smith threw double-digit interceptions, but since 2011 Smith has thrown 146 touchdowns to just 56 interceptions. That equates to roughly five interceptions a season, so Smith takes care of the ball better than ever.

A considerable part of his game early on was the ability to use his legs to make plays. Smith may not have been the fastest or smartest quarterback out there, but he was smart and knew when to run. Since suffering that leg injury, his mobility has not been the same, and there is a question as to whether he will ever be mobile again.

Smith is not a long-term answer for Chicago, and I understand that. However, signing him to a cheap short-term contract would allow the Bears to get better at the quarterback position, draft a young quarterback, and while saving money to spread around the team. This could take the Bears from the seventh seed in the NFC to a top-four seed as long as the defense and some of the surrounding pieces return.