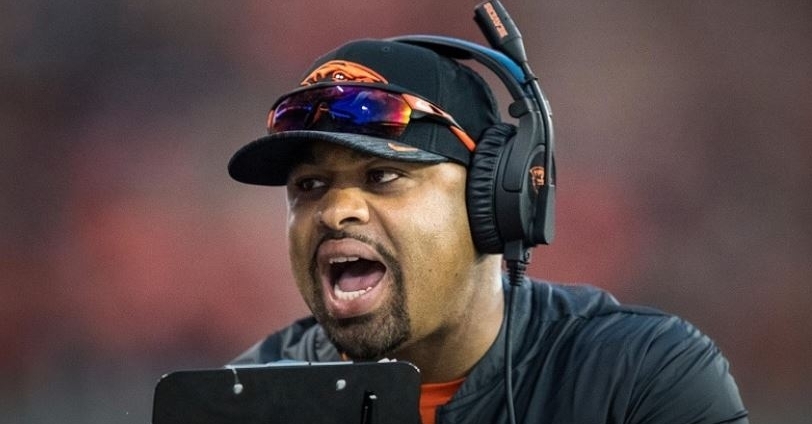 Pitre is reportedly the new running back coach of the Bears

Lost in the shuffle when it comes to the Bears offseason coaching hires are a pair of offensive position spots that needed to be filled. One of those position coaching changes was the running back coach as the Bears were looking for the next man in charge. After weeks of interviewing candidates and several deliberation talks, Chicago has found their next running back coach in Michael Pitre.

Over the years, Chicago has done a great job in hiring some low-key names for the Running Back coaches' position who turned out to be great coaches. Stan Dayton, Curtis Modkins, and Charles London are just a few of those names who each brought their unique style to the team. With London now off to Atlanta, the Bears heavily pursued Duce Staley from Philadelphia only to come up short in the end.

Instead, Chicago turned to the college ranks to bring in their next Running Back coach as the team welcomes Michael Pitre to the staff. The now-former Oregon St. assistant is no stranger to coaching the Running Back position as that was his job for the Beavers. Along with that, Pitre was also the teams recruiting coordinator and has worked with current Bears running back Artavis Pierce. The recruiting coordinator is the interesting part as he has spent a ton of time getting players to commit to Oregon St. That could help the Bears come draft time as you would think Pitre is familiar with lots of the college names out there.

Pitre is being pulled away from the college ranks after being part of the Beavers staff since 2018. While there, we already mentioned that he worked with Pierce, but Ryan Nall was also an Oregon St. product, so there are some connections here. Despite those connections, fans shouldn't get too excited about either of them having increased roles quite yet, although Pierce would be the most likely candidate considering he worked hand in hand with Pitre for two years.

There isn't much information on the type of coach Pitre is, but something very interesting stood out during his time in Corvallis. Before coaching at Oregon St, Pitre was part of the Montana St. coaching staff. During his tenure there, he was hired onto the Kansas City Chiefs staff as the Bill Walsh

Minority Fellowship in 2017. In that season, Pitre spent time with both Andy Reid and Eric Bieniemy, so he got to see firsthand how that offense works.

Coincidentally, Matt Nagy was also working on the Chiefs staff during that same time, so these two men crossed paths at some point. Both Pitre and Nagy have Chiefs connections, so they may work well together to find the perfect fit for this team offensively. However, the recruiting coordinator side of things is why I like this hire.

As a college coach, a program's overall success falls on the recruiting and how well a team builds. Granted, the Beavers aren't the cream of the crop, but they have done a decent job recruiting players who went on to have good careers. Pitre has been a part of that the past three seasons, so he has an eye for talent and has seen college talent across the country. He could have the inside track that some NFL teams don't have on draft night, which could help the Bears long term.

While we don't know the kind of success to expect from Pitre at the NFL level, he is walking into a good situation in Chicago. Not only does he have an improving back in David Montgomery, but he also will be getting Tarik Cohen back healthy next year. Add in a former player in Pierce, and Pitre will have plenty to work with in 2021.