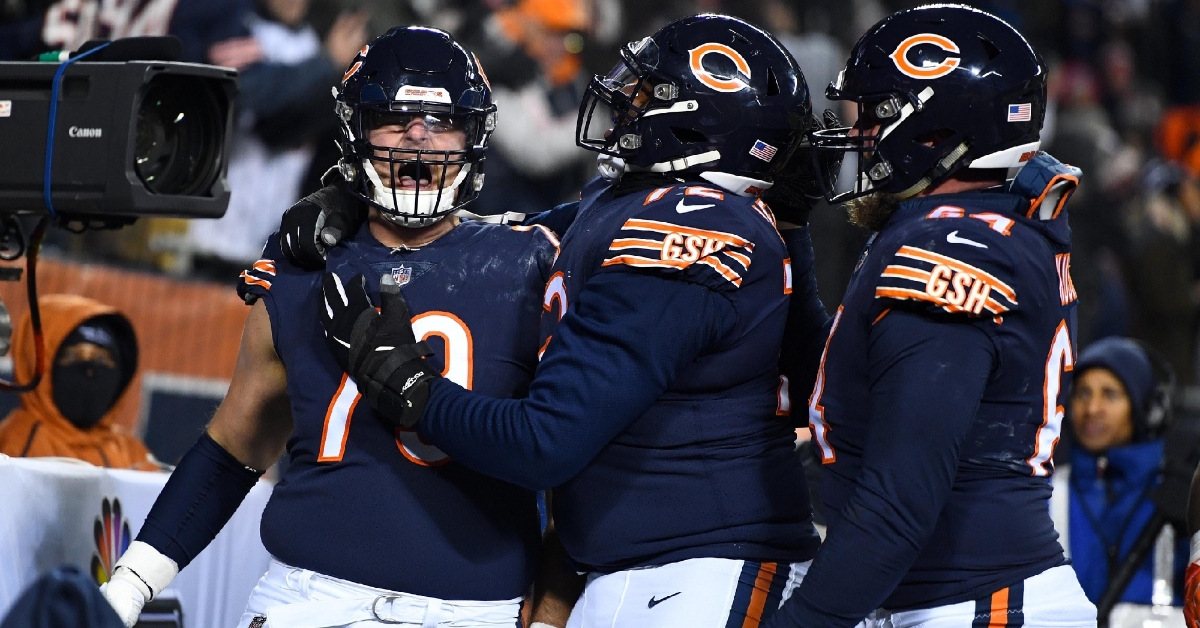 The bye week is always an exciting and nerve-racking time for teams as no one knows what to expect and what goes on behind the scenes. Well, the Bears made some noise on Wednesday, as they brought back a player and decided to drop someone in the process.

On Wednesday afternoon, the Bears decided to resign a familiar face as Tight End Bradly Sowell is back in the Windy City. With the Sowell being resigned and added to the roster, the Bears had the tough decision to part ways and release someone already on the active 53-man front. Unfortunately, that was quarterback Taylor Brey drawing the short straw as the Bears are down to just one active QB in Chase Daniel.

Sowell is no stranger to this role this season as he has been up and down the roster a bunch. After playing in the team's first two games of the season, Sowell has been released before each of the team's last three contests to free up a roster space for certain practice squad callups.

One of those call-ups was Brey last Sunday, who was activated to be the backup to Daniel and fill in for Mitch Trubisky should something happen to Daniel. This brings me to the next question, however, about the Bears choosing to release Brey over anyone else on the roster.

Technically, the Bears still have two active quarterbacks in Trubisky and Daniel. With the health of Trubisky still up in the air on a week to week basis,

should Brey remain off the roster and Trubisky unable to play following the teams by week, Chicago would be left with one active quarterback which could turn into a real sticky situation.

However, the Bears do have the luxury of the bye week going on right now, where they don’t need more than one active QB now. Let’s face it. Daniel will continue to take all the first-team reps with the team this week and into next week until Trubisky is cleared to go. If he is not cleared by week seven, the Bears will most likely resign Brey anyways so that they have some sort of insurance policy on Daniel in case he does indeed go down.

Ideally, I would have liked to see another player from a different position get released in favor of Sowell because I want Brey to get some reps with the first team. Being a backup QB is hard is this league as you very rarely get time with the first-team offense. Once an injury or something happens, backups need to be ready to go immediately as they will be the new man in charge for a given time frame.

That is why having multiple backups who know the reps are equally important. Let’s say Daniel does indeed get hurt, and now the Bears are left with just Brey as their QB. Not only would the Bears be forced to go after someone in free agency, but Brey would have to be caught up on offense in a hurry as he doesn’t have the first-team reps to be ready to go.

Ideally, I think this move was made more so because this is the bye week, and Chicago has nothing to lose this week, but the Bears need to think about the well being of this team moving forward. This is the kind of move that could haunt them down the road, but given how quickly Brey was released after he was called up from the practice squad leads me to believe that Trubisky may be closer to returning than we expected.

Maybe that is what this bye week is for also, getting Trubisky back in the swing of things before letting him test that Shoulder out before week 7. Maybe Chicago will have a clearer picture as to how much longer he will be out this season, making it easier for them to decide what to do at the QB position going forward. Whatever the case is, Brey will be sought after by some teams. Hopefully, the organization sees the progress he has made this offseason to reassign him to the practice squad once again.