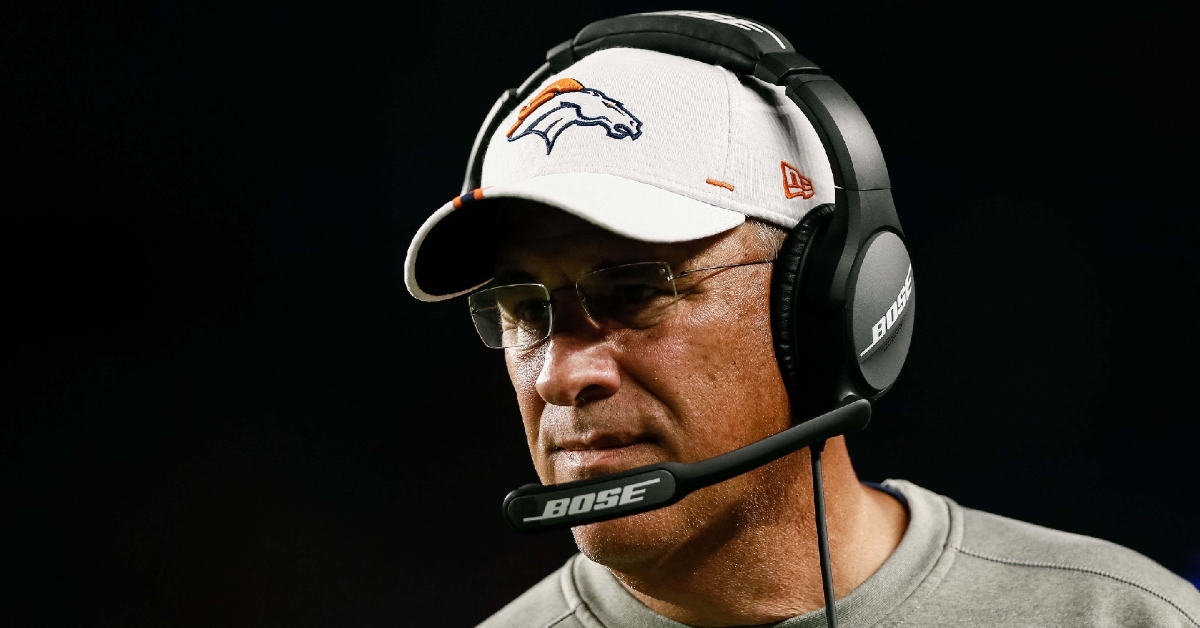 Looking to get back to winning ways in week 2, the Bears hit the road to take on the Denver Broncos coming off a week one loss of their own. However, this won't just be an ordinary road game for Chicago as they will see a familiar face standing 55 yards away on the other side of the field. That man is former Bears Defensive Coordinator Vic Fangio as he will be in his second game as head coach of the Broncos.

After spending four years with the Bears, three with John Fox and one with Matt Nagy, Fangio built the Bears defense into a top 5 power capable of taking over any game. That also helped get his name out there in terms of hot coaching candidates as he was finally given his chance this year with the Broncos.

It is hard enough preparing for a contest against an unfamiliar opponent. When the Head Coach of that opponent happens to be one of your former coaches who you went against daily, it becomes that much harder to prepare as you look to confuse their new team. Ask offensive tackle Charles Leno Jr about his thoughts on what Chicago will be up against with Fangio as he had to go against the feisty Fangio defense in practice for four seasons when he was the leader of the Bears defense.

“A lot of stuff," Leno said. "I'm talking about so many different looks. So many different coverages for those guys in the back end. A lot of different fronts, people in different spots. You've just got to be ready for everything."

Leno is not the only one that feels that way as both coaches, and the rest of the Bears roster knows the familiarity in this game will go both ways. Not only does Fangio know a lot of the looks the Bears will present on offense, but the Bears will also see familiar stuff on the Denver defensive side of the ball making this a chess match on who can adjust more quickly than the other.

With a lot more than bragging rights on the line Sunday, Bears players have nothing but respect for Fangio and the work he put in during his time in Chicago. However, the competitive nature that Fangio showcased during many of the team’s practices in 2018 could bring different sides of personality to light in the public eye as he won’t be able to hide behind the head coach anymore.

Despite Fangio being on the Bears staff from 2015-18, only Kyle Fuller has been a starter before he arrived. Fuller, was coming off a rookie season in 2014 in which he earned the starting spot before seeing the change in the defensive scheme come full circle under the tutelage of Fangio for four seasons.

Fuller has many memories of Fangio including back in 2016 when he was publicly called out by Fangio himself before the two of them became golfing buddies later that season. In the two years since being called out, Fangio helped Fuller develop into a pro-bowl cornerback and led the league in interceptions a season ago with seven.

The Bears want to win this game to avoid an 0-2 start, but the emotions will be running high just like they were for Pagano when he returned to Indy in week three of the preseason. It is up to the players and coaches to not allow these emotions to get the best of them as preparation this week will be essential if they plan to avoid another loss.

Whether a win or a loss on Sunday, one thing can be certain following the game. There will be a lot of tears, smiles, and respect shown between Fangio and the Bears organization as he not only helped them get back to a respectable franchise, but the Bears helped him become a coach for the first time in 2019.