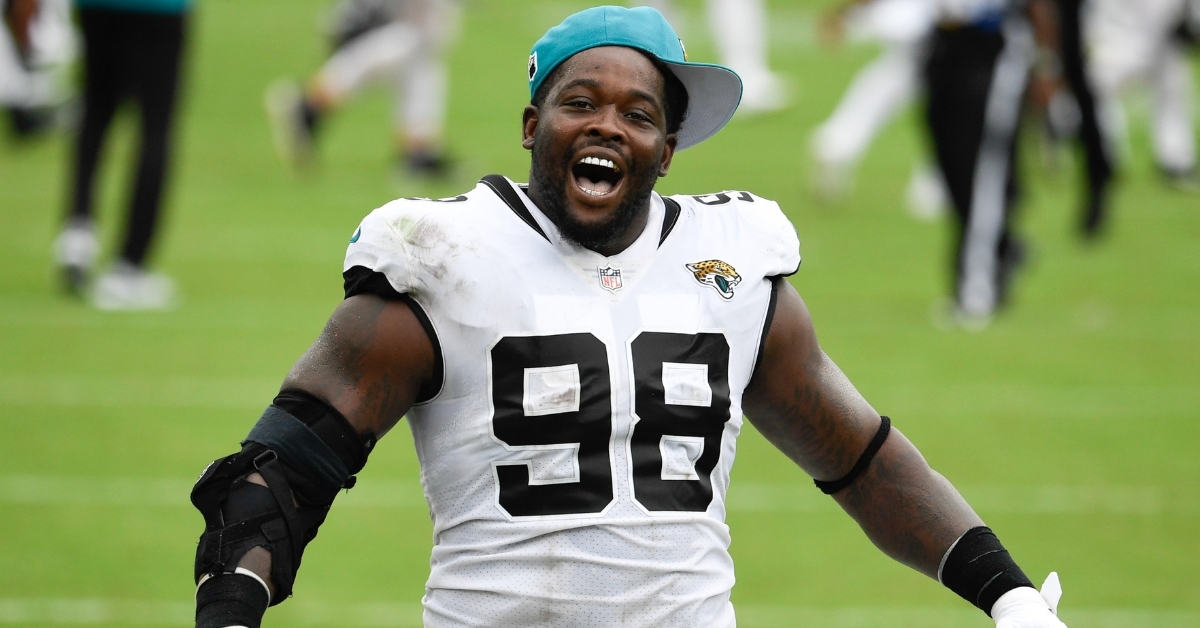 Over the course of the summer, it has been well documented what the loss of Eddie Goldman would mean to the interior of the Bears defense. Not only does he add an excellent veteran presence, but he is the team's primary run stopper, which goes a long way in setting the tone in the trenches.

After he opted out for the 2020 season, the Bears were forced to insert Bilal Nichols into his position with hopes he could pick up the slack. Nichols certainly is no Goldman, but he is more than capable of holding the fort down at least for this season. The problem has been, the Bears as a unit have not done a great job stopping the run and may need to scour the free-agent market for some help.

Snacks Harrison immediately comes mind in terms of the top free agent nose tackles on the market, but he is about to have come company with Timmy Jernigan now hitting the free-agent market. Chicago has been beefing up the depth at the defensive line across the last week, and while Harrison may be the premier name, Jernigan is another name that could offer some immediate help.

The 28-year-old former Philadelphia Eagle was released by his newest team in the Jacksonville Jaguars this past week and is now available for the taking. Jernigan is accomplished in his own right as the seven-year pro from Florida State University has 74 career games and 51 starts under his belt. Even though he played a season-high in snaps on Thursday, it seems as if Jacksonville is incumbent of putting a younger roster on the field, which led to his release.

Jernigan is only 28 and has a lot of football left in him so expect him to garner lots of attention from teams looking to stop the run. That is precisely why the Bears are an option for him as they need help stopping the run. Right now, there have been no direct links between the sides, but bringing him in makes a ton of sense.

We have already seen what the Bears run defense has looked like this season, and they still have four games against Dalvin Cook and Aaron Jones later this season. Wouldn't they want to improve that before heading into those matchups? Jernigan is also a former Eagle, something the Bears have grown quite fond of this season, so he has past teammate connections on this team.

Ideally, I would like to think Harrison or Jernigan will be someone the Bears not only look at but add to the roster in the near future. However, even if it is not one of those two men, they will add because they know they could use the help right now, especially when it comes to stopping the run consistently.

Jernigan is no stranger to a good defense as he has spent times with the Ravens, Eagles, and Jaguars across his seven-year career. Coming to the Bears will only add to the resume of strong defensive schemes he has been a part of. Unlike most run stoppers, Jernigan is a bit undersized at just 295 pounds, but he does a great job of plugging up holes.

So far across his career, Jernigan has accumulated 130 tackles to go with 17.5 sacks, three pass breakups, one fumble recovery, and one interception. That stat line shows that not only does Jernigan know how to get after a runner, but is athletic enough to make plays in the passing game. He also has the motor to get into the backfield and get to the quarterback on occasions.

Jernigan was a player who was making roughly 12 million dollars a season while playing with Philadelphia. Once the Eagles declined his option, the Jaguars picked him up for much cheaper and added him to a defense that was losing some pieces. His tenure with Jacksonville was short-lived as they continue to unload talent to get younger.

With Tarik Cohen now out for the season, the Bears will have a roster opening on the team right now. Jernigan is a different position, but he can be added now to make an impact. Chicago won't have to break the bank for him, and they should be able to get him at a reasonable deal to bring him aboard. He is the signing that can make you better this season and make you better beyond this season should he produce and agree to another extension to come back.