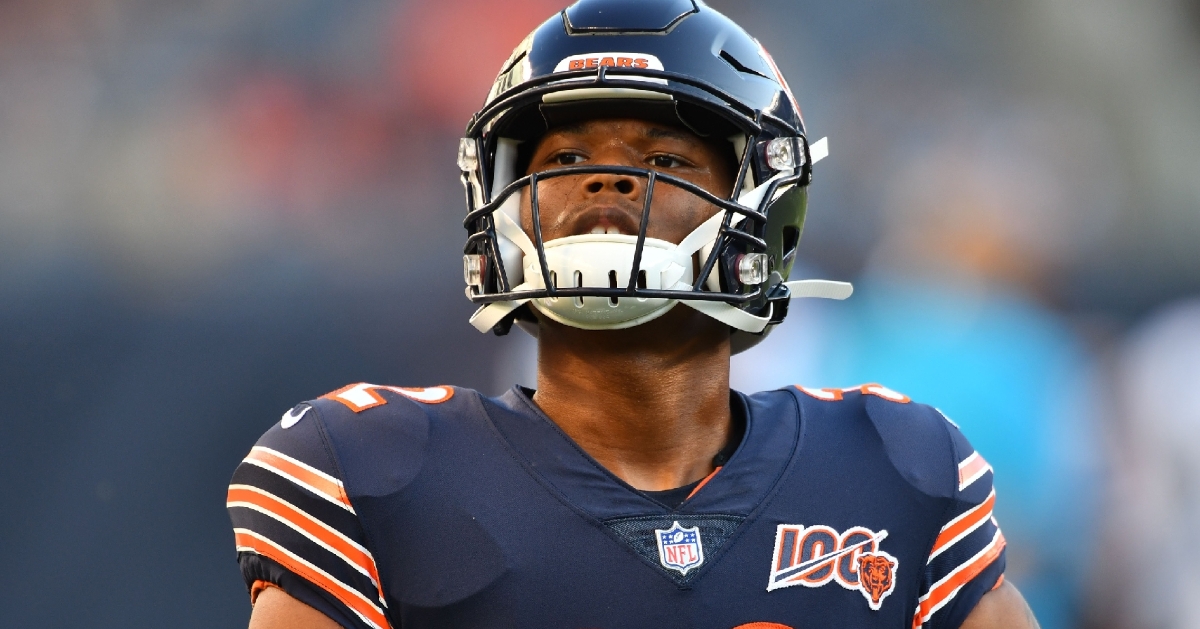 The final draft class of the last decade was in 2019 as we look back on how the 2019 Bears draft picks have done just one season in the league. Coming off a 12-4 season and a division title in 2018, this was going to be an interesting draft, although challenging at the same time. Not only did the Bears need to build off a strong 2018 season, but they also lost their first two rounds of the draft in the Khalil Mack trade meaning they needed to hit on a limited number of picks.

Round 3 David Montgomery (RB Iowa State): Coming into the draft, many scouts thought Montgomery was one of the top five RB’s in the class and someone who could be a difference-maker. The fact that he slipped out of the first two rounds was shocking enough, but to be available for Chicago in round three made him a no brainer to take at that point.

Montgomery struggled to get into a rhythm early as the Bears used the first month or so of the season to ease him into NFL action. Once he started to see more consistent carries, the rest is history as Montgomery took over the starting running back role and never looked back. He went on to finish the season with 889 yards rushing and six scores to go with 185 yards receiving and one score. All those numbers should go up in year two as he is the bell cow on the team now.

Round 4 Riley Ridley (WR Georgia): The Bears have spent much more time building their offense through the draft to close out the last decade and Riley Ridley was just another piece to the puzzle. The talented receiver from the University of Georgia is not known as a speed burner in the receiving core, but instead someone who runs great routes and is a possession receiver not afraid to make plays. In three years with the Bulldogs, he hauled in 1015 yards receiving and 13 scores, but 559 yards and nine scores came in his junior season, which was his last before going pro.

After being drafted, Ridley struggled to find any sort of playing time seeing action in just one of the team's first 11 games in 2019. Once the injuries began to mount in the receiving core, Ridley started to see increased action and was added to the team's active roster in week 13, where he remained the rest of the season. For the year, he caught just six passes for 69 yards, but there is room for hope in year two as he will be battling it out for the teams No. 4 spot this year.

Round 6 Duke Shelley (CB Kansas State): You can never have too much CB depth on a team and Chicago wanted to make sure they continued to add to that group. A strong contributor for the Wildcats during his college tenure, Shelley recorded 165 tackles, eight interceptions, and had a breakout junior season before a toe injury limited him to just seven games as a senior.

With the makings of being a mid-round talent, Shelley dropped to round six and was scooped up by the Bears. While he has yet to record significant NFL stats, Shelley did make the teams opening 53-man roster out of camp and will be looking for an increased role in year two this season.

Round 7 Kerrith Whyte Jr. (RB Florida Atlantic): It is not too often the Bears double up on offensive positions during the NFL draft. The fact that they added two RB's this draft is even more shocking as Whyte JR was taken as the team's second RB option in round 7. Primarily a backup for the Eagles in college, Whyte Jr. finished his career with 1358 yards, 11 scores, to go with 327 yards receiving and two scores.

What allowed Whyte to get drafted was his impressive Pro Day showing in which his 4.36 40 time would have been the second-fastest among all RB's at the combine. The Bears felt that speed could be an asset and signed him to a four-year deal after taking him in the seventh round.

However, his time in Chicago was short-lived as he spent his entire time on the practice squad and was cut from the team on September 26 but was added back the next day. On November 16, Whyte would find his way to Pittsburgh as the Steelers claimed him off the Bears practice squad to help compensate for the injuries piling up in Steel City. That ended up being a good choice for Whyte as he finally stepped into game action picking up 122 yards rushing, nine yards receiving, and 264 return yards during December.

Round 7 Stephen Denmark (CB Valdosta State): Finding talent in the late rounds is never easy, but finding talent in D2 or D3 is even harder. After winning the national championship with Valdosta St in 2018, the Division 2 cornerback opted for the draft that following spring and was taken by the Bears in round 7. What is remarkable about his selection is the fact that he played WR his first three years in school before making the switch his senior year, where he finished with 55 tackles and three interceptions.

The Bears were banking on potential more than anything at this point because Denmark has minimal defensive experience. While he may have been signed to a four-year deal fresh out of the draft, Denmark never saw game action this season, spending the first part of the season on the practice squad before being signed to a futures deal in late December. It will be interesting to see how things go this season.

Draft Grade C: While grading a draft one year in is never easy, I would give the Bears a C to this point. The Bears didn't have much to work with early and needed to hit with most of their picks. Montgomery appears to be a steal in round 3, while Ridley and Shelley should have more significant impacts in year two. The rest of the draft was a wash at this point because one player is no longer on the roster, and the other saw zero snaps in 2019.