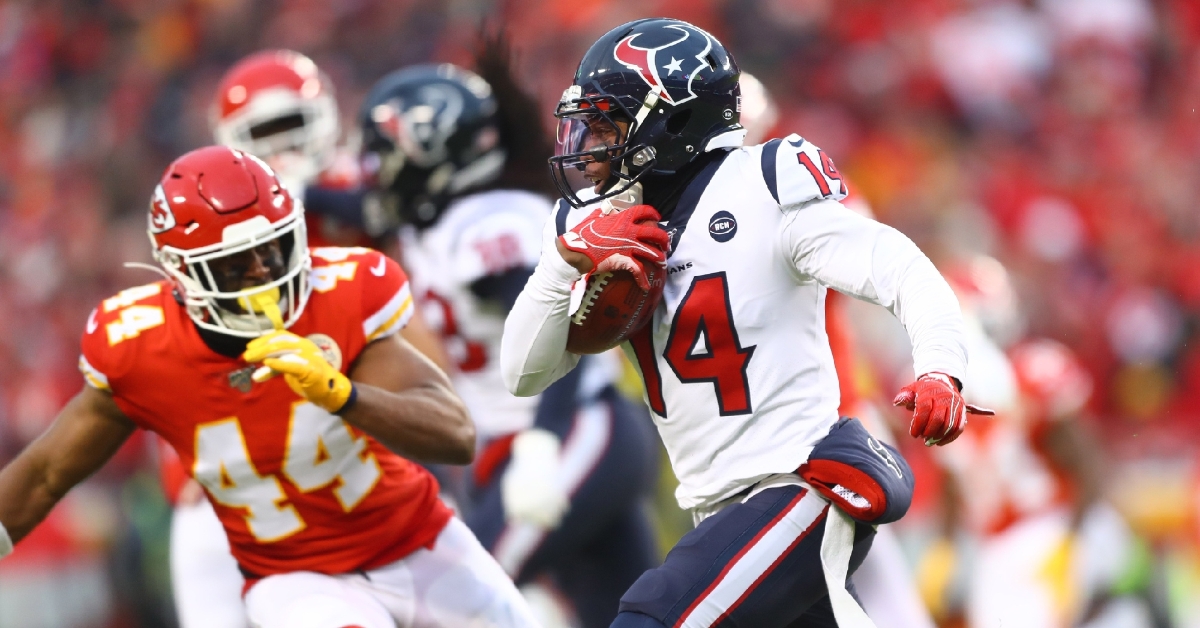 For the most part, the Chicago Bears' special teams have performed well. You have Cairo Santos filling in nicely for the injured Eddy Pinero while Cordarrelle Patterson continues to do Patterson things. However, they need to fix the punt return game, as that has not gone well.

Tarik Cohen entered the season as the team's punt returner and has always had success in that role. Since his ACL injury ended his season, the Bears have used a revolving door of names with Darnell Mooney, Ted Ginn, and Anthony Miller, as a few. It looks like the Bears will add a fifth name to the list as they picked up punt return specialist DeAndre Carter from Houston courtesy of the waiver wire.

Carter will immediately be added to the roster and set for return duties against Green Bay in week 12. It will be the Bears' fifth punt returner this season. After being waived by the Texans on Monday, Carter joined the Bears as Chicago was awarded the waiver claim. He will be used as a return specialist, and give the team is on a bye this week, he will have extra time getting acclimated to his new surroundings.

At 27 years old, Carter has just 39 games of NFL experience under his belt across three seasons with the Eagles and Texans. Seven of those 39 games were starts at wide receiver, so he also brings that to the table. Carter most likely will see limited if any snaps at receiver, but that isn't what the Bears got him for. They got him for one reason, to field punts, and Carter has a great history of doing just that.

Over his career, Carter has fielded 59 punts for a total of 559 yards. Despite not having any return touchdowns, his 9.5 Yards per return average is one of the highest in the game and will bring that to help the Bears special teams.

Despite the excellent punt return average across his career, there are some concerns with this signing. For starters, Carter is averaging a still-solid 8.7 yards per return this season. However, that is the lowest total of his career. That is why the Texans may have been looking in a different direction for some time. Another growing concern is that Carter has suddenly developed a fumbling issue, which is why Houston wanted to move on from him in the first place.

After acquiring Dwayne Harris earlier this season for the same role, his triceps injury has forced him out of the lineup forcing the Bears to go with other options. Miller has done an excellent job in the return game, especially the last few weeks, but the coaching staff wants him part of the offense and not be taking shots in the punt return department.

In case you forgot, Miller injured his shoulder on a kick return towards the end of last season, which ended up requiring off-season surgery. Since that surgery, Miller has not been the same player, and some wonder if that injury has something to do with that. The Bears do not want another incident where that happens, so they are looking for help any way they can get it.

With Carter, you're getting a player who has done this role for a long time and is quite good at it. Not only do the Bears have the best kick Returner in the game, but now they will be adding the best or at least one of the best punt returners in the game. Special teams was always the area of concern for Chicago, but now it looks like an area of strength.

Carter knows what he is being asked to do and will do whatever it takes to get ready. Now the question becomes, will he ever get incorporated into the offense, or will this be what he is. Regardless of what Matt Nagy asks him to do, he is ready to go and do what the coaches ask him to.