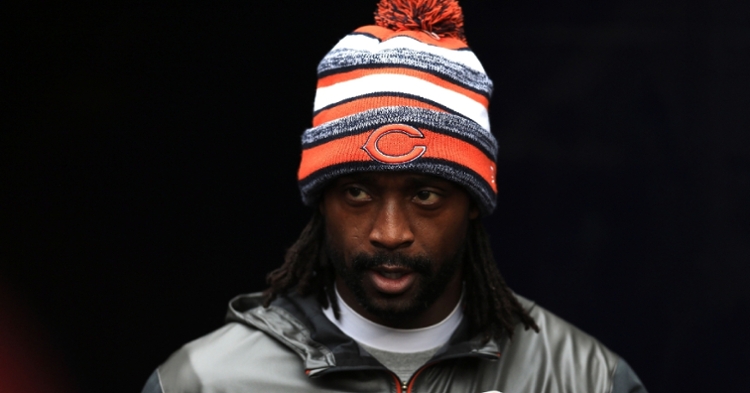 Not only are the Chicago Bears a storied franchise, but they are one of the oldest franchises in the NFL. They have a plethora of NFL Championships earned pre-1960, to go with their lone Lombardi trophy in 1985. Chicago has the most wins of any NFL franchise.

Along with those team accolades, the Bears have a long list of Famers' NFL and team hall, and there could be another one set to join the ranks. Former Bears cornerback Charles "Peanut" Tillman could be the next one of the Bears greats to find himself enshrined in Canton.

As the NFL released their 2021 first-time hall of fame eligible players, Tillman found his name as one of those 14 names. His 12 seasons with the Bears will be remembered as some of the greatest ever for a defensive back. Across his career, Tillman played in 156 games and recorded 36 career interceptions. Tillman was also responsible for nine defensive touchdowns, both rank among the best in Bears history.

Tillman has the nickname peanut mainly because he perfected the peanut punch during his time in Chicago. That punch was an effective way for him to produce turnovers, which ultimately led to 42 career forced fumbles. Even after his playing days have finished, the peanut punch still lives on as teams continue to use that method for causing turnovers.

Tillman will be enshrined in the Bears hall of fame eventually, but the numbers that he put up on defense certainly deserve NFL Hall of Fame recognition also. As good as it is to see Tillman be on the ballot for the first time this season, it may be an instance of being on it at the wrong time. This year's class is loaded, an understatement as Peyton Manning, Charles Woodson, and Calvin Johnson join him on the ballet.

All three of them had great careers, and it wouldn't be a stretch to say each of them are the first-ballot Hall of Famers or, at the very worst, two of the three. Other notable names on this year's ballot include Wes Welker, D'Brickashaw Ferguson, and Jarad Allen. Those are some great names, but what about other names that will be returning to the ballot.

Former Bears Lance Briggs and Olin Kreutz return to the ballot as neither has received enough push to garner a deep run in the ballot process. Kreutz is a six-time pro bowler, while Briggs is often lost in the shuffle mainly due to Brian Urlacher. However, Briggs made the pro bowl seven times himself, so the numbers he put up were strong in his own right.

The 2021 ballot has 130 eligible members, with 14 of them being first time members. Here is a position by position breakdown of this year's eligible class.

This list of 130 players will be cut down to 18 as there will be 18 finalists selected by February 6, 2021. Once the finalists are chosen, the selection committee will discuss who is hall of fame worthy. While there is no set limit on how many of the 18 finalists they can pick, the general rule has always been between four and eight per class.