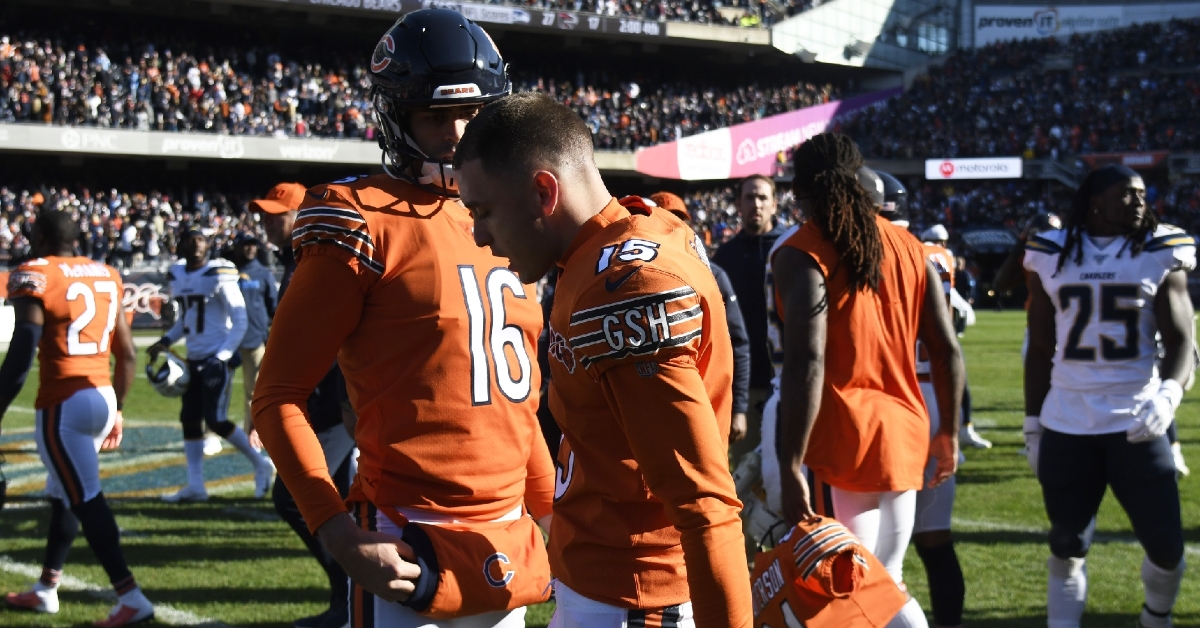 The hits keep coming for the Bears as a season full of disappointment and inconsistencies continued Sunday. What was expected to be a must-win game for Chicago quickly turned into a nightmare as a season-long issue last season reared its ugly head at the most inopportune time, sending the Bears to 3-4 following a 17-16 loss.

Here are some takeaways from the defeat.

1. All good things must come to an end

No, I am not talking about the Bears season, but instead something on the Bears that seemed to be fixed thus far this season. After the kicking game cost, the Bears numerous games in 2018, including the playoff game, the Bears appeared to have that fixed this season as they signed Eddy Pinero to be their kicker.

After nailing a game-winner in Denver earlier this season, Pinero has been solid for the Bears as the kicking game has been the least of their concerns this season. Yesterday, however, a season-long problem a season ago came back to bite the Bears when it mattered the most. Pinero missed a field goal earlier in the game only to post a solid 3 out of 4 heading into the Bears' final drive of the game.

With the game on the line, Chicago called on Pinero’s leg one more, hoping he could deliver the second game-winner of the season. However, this time, the results were not in the Bears favor as Pinero was unable to put home the game-winner as time expired, giving the Chargers a 17-16 win.

Take the final score aside for a minute as the Bears have scored 20 points or less now in 13 of Nagy’s 24 games as head coach, and there was significant improvement this week as opposed to what we have seen this season.

All you need to do is look at the stat line to see what I mean by improvements. Yes, Trubisky continues to struggle, but when you are asking him to throw more than 30 times a game that is going to happen. He is not built to carry a team throwing that many times a game but still played respectable by completing 23-35 for 253 yards. His zero touchdowns and one interception were not good, but he made some plays.

Another positive sign was the running game, which produced at the highest level they have this season. After struggling to hit 100 yards in any game this season, the Bears rushing attack erupted for 163 yards on 38 carries this week with a team long of 55 yards. That significant gain came from David Montgomery, who led the way with 135 yards on 27 carries.

If the Bears expect to have any success the rest of the season, this is the type of balance that they will need to have the rest of the season offensively. We have seen in the division this year where both Green Bay and Minnesota both know how to pass the ball and run the ball effectively, which creates a terrific balance for everyone involved.

If the Bears want to right this ship, they need to establish this balance consistently and start scoring touchdowns, not field goals.

This week is a critical week for the NFL as it marks the trade deadline. At the beginning of the season, many people would have thought Chicago would have been buyers at this point as they were expected to compete for a playoff berth in 2019. As it sits right now, not only are the Bears in last place in their division but could find themselves out of division contention before December should things not get turned around.

That leads me to question what their plans come the deadline. Ideally, I would love it for the Bears to make trades to better themselves this season. However, is there a legitimate argument that should go about doing that. No, I am not saying we should strip this down and enter rebuild mode, but I do think we should look ahead to next year and beyond if they decide to make a trade.

Trubisky is one of the biggest question marks on this team, and there are several names on the block that the Bears may want to look at. Nick Foles, Marcus Mariota, Cam Newton are just some of the names that could find themselves on the block this week. Are any of these three a better long-term fit than Trubisky? If the Bears believe one of them are then expect Chicago to do something to pull off a deal. If Ryan Pace and company want to stand, pat look for the Bears to remain a .500 team with postseason slowly slipping away.