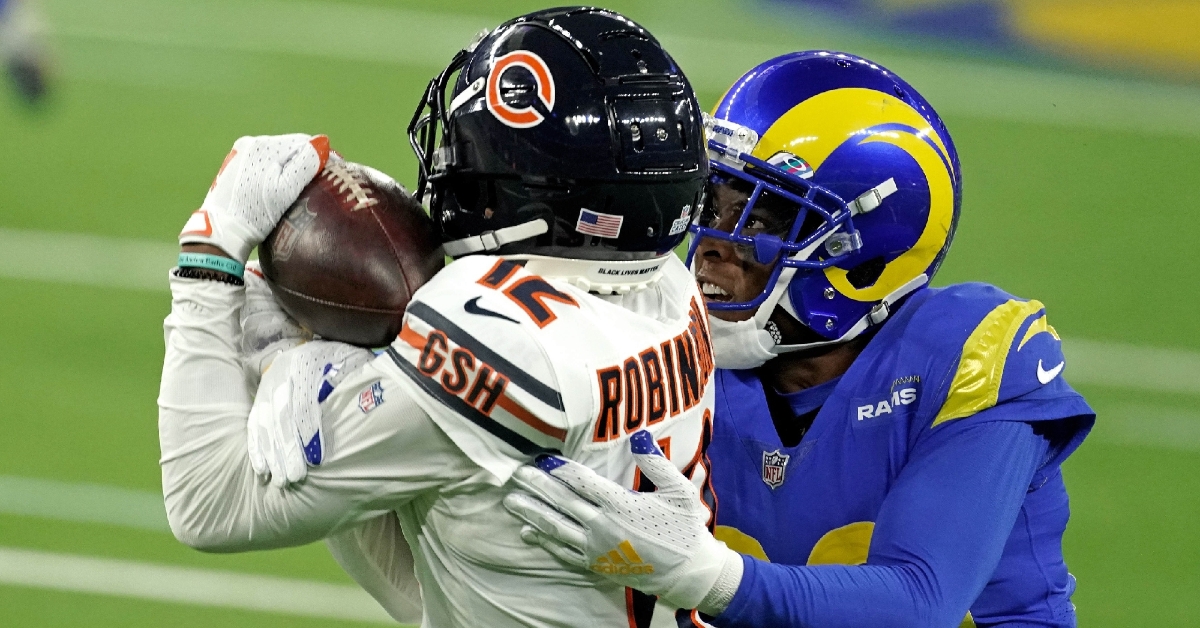 The Bears returned to primetime last night and met it a dud as they fell to the Rams 24-10. Not only did the loss drop them from the No. 2 seed to the No. 6 seed in the NFC, but it was also the Bears' first loss of the season away from home. Most people expected the Bears to fall on the road eventually, but it was the way the Bears lost that may have fans a little uptight this morning.

Not only was the offense nonexistent once again, but they were physically dominated up front on both sides of the ball. That is something that needs to change if Chicago expects to contend for a division title this season. Even with the loss, the Bears are still sitting at 5-2, which is nothing to complain about through seven games.

Here are some takeaways from last night's loss.

The offense continues to show limitations: All season long, it has been discussed about how the Bears offense needs to take that next step. Well, after watching this team play last night, there is nothing left to be said other than they are limited offensively.

Their offensive line is subpar, their running game is nonexistent at the moment, they have one legitimate receiving threat, and they are getting mediocre quarterback play at best. It is a miracle that this team is where they are. However, should this offense reach the level that most fans expect them to be, then you're looking at a team that will be a force to be reckoned with. They are a tough out now, can you imagine how tough they would be with even a remotely consistent and potent offense?

Here’s the Brian Griese clip @JasonLieser tweeted about, with Nick Foles apparently telling the ESPN production crew there are plays Nagy calls on which Foles knows he doesn’t “have time to execute that playcall.” pic.twitter.com/xvNpSD3tHs

The defense can only win you so many games: One thing that hasn't been disappointing this year is the defense. After a subpar showing last for Bears standards, the defense has rebounded in a big way this season and is one of the top units in the NFL. They're the best defense in terms of allowing touchdowns in the Red Zone; they are ranked in the top five on third down and in the top 10 in points allowed. That is precisely what you are looking for when building a championship.

Last night, the defense didn't show what they could do, and that all started up front for the Rams. They were able to run the ball effectively and did a fine job protecting Jared Goff. In other words, the performance I saw from the Rams last night is the way the Bears need to go about things offensively.

The Rams have the potential to be explosive, as do the Bears, but Los Angeles played within themselves last night, and it worked. Often, I feel like the Bears are pressing and trying to do too much offensively instead of letting the game come to them. Nick Foles is no Goff, but he has won a Superbowl. He is a decent quarterback who knows how to win games. His problem has always been consistency throughout the season.

He needs to elevate his game a lot more to help take the pressure off the defense. The sooner he can do that, the better this team will be.

After the Rams win on MNF, the NFC West now has a combined .704 win percentage (19-8 combined record).

That's tied for the 2nd-highest combined win percentage for a division through 7 weeks since the 1970 merger, trailing only the 1984 AFC West (25-10).

Nick Foles had his highest passing yardage total in this game, but most of that came when the Bears were down double digits. The Rams also picked him off twice, so they got after him in this one. With many challenging games coming up, the Bears need to hit the drawing board and figure out how to get the most out of this offense.

No one expects them to be the Green Bay Packers or Kansas City Chiefs, but at the very worst, they should be able to score 21-24 points consistently. If they can do that, the defense should be able to keep other teams at bay. This is a good football team, but not a great team quite yet. They just had an off night last night, but credit the Rams for making that happen and getting after the Bears right from the start.