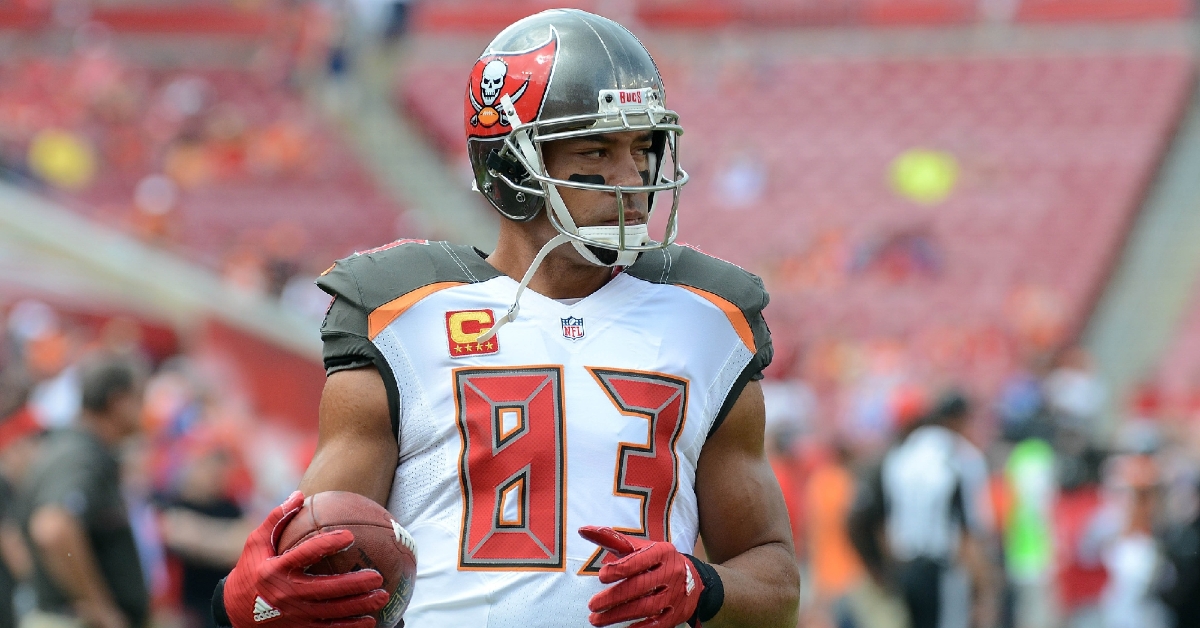 Former Pro Bowler Vincent Jackson was found dead in a hotel room on Monday around 11:30 a.m., according to the police.

The police said there were no signs of trauma.

Jackson was only 38 years old, having played 12 seasons in the NFL, including time with the San Diego Chargers and Tampa Bay Buccaneers.

"My heart aches for the many loved ones Vincent Jackson leaves behind, from his wife and children to the Buccaneers nation that adored him," Sheriff Chad Chronister said in the statement. "Mr. Jackson was a devoted man who put his family and community above everything else. Football aside, he touched countless lives through his Jackson In Action 83 Foundation. We shared a passion for supporting military families, and three years ago, Jackson was even made an honorary deputy by the Hillsborough County Sheriff's Office to recognize his dedication to the community.

"He will be sorely missed by not only football fans across the country but also the people here in Hillsborough County who reaped the benefits of his generous contributions."

The Chargers released a heartfelt statement about Jackson.

"We are shocked and deeply saddened by news of Vincent Jackson's sudden passing," the Chargers said in the statement. "Vincent was a fan favorite not only for his Pro Bowl play on the field but for the impact he made on the community off of it. The work he has done on behalf of military families through his foundation in the years since his retirement has been an inspiration to all of us. We simply cannot believe he's gone, and our hearts go out to his wife, Lindsey, their children, his parents, former teammates, and everyone whose lives were touched by having known Vincent."

The Bucs also released a statement about the tragic passing of Jackson.

"We are shocked and saddened to hear the terrible news regarding the loss of Vincent Jackson," Owner Bryan Glazer said in the statement. "During his five seasons with our franchise, Vincent was a consummate professional, who took a great deal of pride in his performance on and off the football field. Vincent was a dedicated father, husband, businessman, and philanthropist who made a deep impact on our community through his unyielding advocacy for military families, supported by the Jackson in Action 83 Foundation.

"He was a three-time Pro Bowl selection for his accomplishments on the field, but his greatest achievements as a Buccaneer were the four consecutive nominations he earned as our Walter Payton Man of the Year. Our deepest condolences go out to his wife, Lindsey, and the entire Jackson family."

Chicago Bears HQ would like to give out our heartfelt sympathy and our best wishes and love to his family, friends, and the entire NFL community.

My heart aches for the many loved ones Vincent Jackson leaves behind, from his wife and children to the @Buccaneers fans that adored him. A family man who put our community first, he touched countless lives through his Jackson In Action Foundation and will be sorely missed. pic.twitter.com/g1j44npT5U

Too many sad pieces of news to even process lately... “Vincent Jackson dead at 38” is an incredibly difficult thing to see. Great WR of course, but more importantly, a warm and giving person. RIP #83. Much love to the Jackson family always.

So sad to hear about the death of NFL great Vincent Jackson...rest easy boss. ???? pic.twitter.com/uyXJwsdoik

One time for Vincent Jackson! Absolutely awful news to hear today! May he rest in peace! #RIP ???? pic.twitter.com/qI7LCJ1sFD

so sad to hear about Vincent Jackson

he leaves behind 4 children and a lot of family. RIP pic.twitter.com/1ZvbCMbe1w

For those who didn’t follow Vincent Jackson’s career in Tampa...he and his life Lindsey put on baby showers for military families. They wrote a series of children’s books to help families cope with deployment. He represented everything that was good about Tampa Bay. We loved him.

Sitting here trying to process this one. Prayers to the family of Vincent Jackson ????

Vincent Jackson was as kind of a person as any I've met. He's beloved in town as a community champion, a staunch military supporter, an entrepreneur and a father of four. Last year, he was quoted as saying "being a dad is the best job in the world."

It's numbing and tragic.

Man... just got home out of the blizzard. Vincent Jackson passed away??

Man, no way. Praying for Vincent Jackson’s family. Dude was 3 years younger than me. Rest In Peace brother