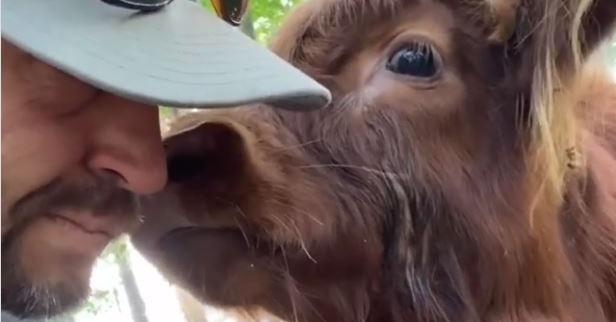 NASHVILLE, Tenn. — Since retiring from the NFL a few years ago, former Chicago Bears quarterback Jay Cutler has developed into a socialite and a social media sensation. From his high-profile marriage to reality television star Kristin Cavallari to his viral Instagram exploits concerning a chicken thief at his Nashville, Tenn., property, Cutler has generated a lot of attention in recent years.

The latest Cutler news is the rumor that he is dating conservative political commentator Tomi Lahren, who generates plenty of social media buzz herself. Cutler and Lahren both shut down the dating speculation on Friday, and Cutler did so with yet another viral Instagram post.

Posting a video of himself brushing one of the two miniature cows he recently adopted, Cutler captioned the post, "Only lady in my life. Be better internet." The "lady" Cutler referenced is Ruby, Cutler's female mini cow, who is being brushed in the adorable video.

Lahren dismissed the dating rumors on Twitter, but it is all too common for celebrities to deny dating speculation until the relationship becomes "official." In the meantime, at least everyone can look forward to more mini cow contest on Cutler's Instagram account.

Check out the social media posts below:

Only lady in my life. Be better internet.

I love it when the internet tells me who I’m dating. Good one.