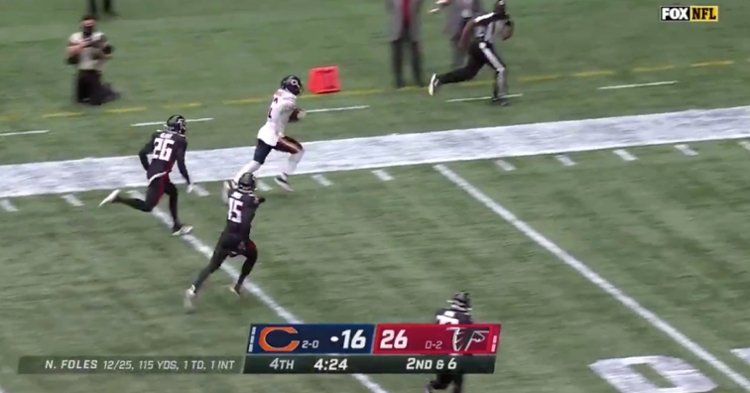 ATLANTA — On the Chicago Bears' first possession since quarterback Nick Foles threw his first touchdown pass in a Bears uniform, which was a three-yard connection with tight end Jimmy Graham, Foles threw his second touchdown as a Bear. Foles passed to wideout Allen Robinson, who broke multiple tackles on the play.

Robinson hauled in the catch and shed a couple of would-be tacklers, breaking free and darting into the end zone. The 37-yard touchdown catch cut the Bears' deficit to 26-23 at Mercedez-Benz Stadium. Foles replaced Mitchell Trubisky under center earlier in the Week 3 contest.