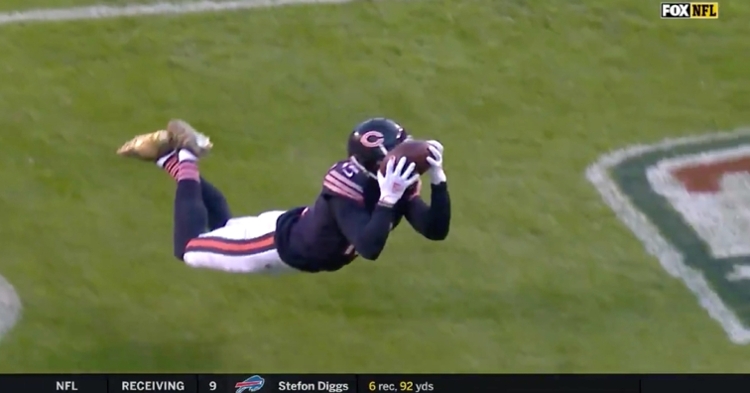 Bears wide receiver Allen Robinson went all out for his third touchdown catch of the season.

CHICAGO — After a New Orleans Saints drive ended with a missed field goal that doinked off the right upright, the Chicago Bears responded with an 80-play touchdown drive on Sunday. Wideout Allen Robinson capped off the possession with a diving 24-yard reception in the end zone, putting the Bears up 10-3 early in the second quarter of the Week 8 matchup.

Give us all the REPLAYS ?? of this @AllenRobinson TD. Oooh weee!

Quarterback Nick Foles connected with Robinson on the touchdown at Soldier Field. Earlier in the four-play drive, Foles found receiver Darnell Mooney wide open down the field and hooked up with him for a gain of 50. The 50-yard reception marked the longest passing play of the season for the Bears.