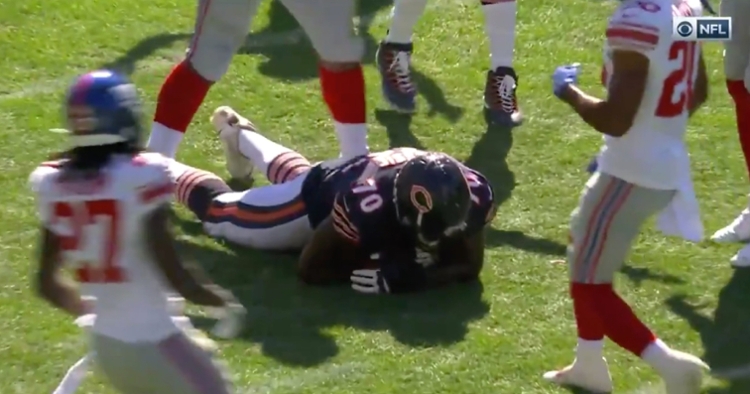 In Week 2, the Bears converted a fourth down when a deflected pass was hauled in by an offensive lineman.

CHICAGO — A crucial fourth-and-short situation for the Chicago Bears featured a surprising outcome on Sunday, with offensive tackle Bobby Massie catching a deflected pass for the first down. With Chicago in no man's land and leading 17-13 in the fourth quarter, the Bears opted to go for it against the New York Giants.

A pass thrown by Mitchell Trubisky over the middle was deflected, and it caromed right to Massie, who was an eligible receiver because of the deflection. Massie hauled in the pass beyond the line to gain, keeping the Bears' drive alive with under four minutes remaining at Soldier Field.