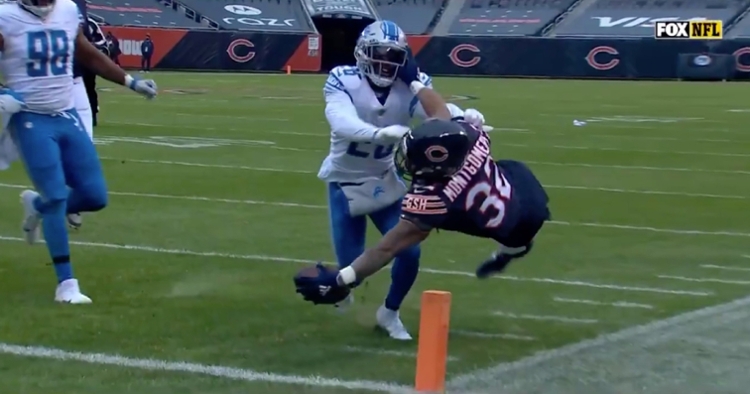 Chicago Bears running back David Montgomery reached the football out over the goal line for an early score.

CHICAGO — Chicago Bears running back David Montgomery stiff-armed a defender and powered across the goal line for an early touchdown at Soldier Field on Sunday. With his second rushing score of the season, Montgomery put the Bears up 9-0 over the Detroit Lions with 6:13 remaining in the first quarter.

The 13-yard touchdown capped off an efficient six-play, 71-yard drive. Bears kicker Cairo Santos' ensuing extra point was blocked for his first missed extra point of the season, thus keeping the Week 13 matchup at 9-0. On the play preceding the touchdown, Montgomery picked up eight yards on the ground after receiving a direct snap.