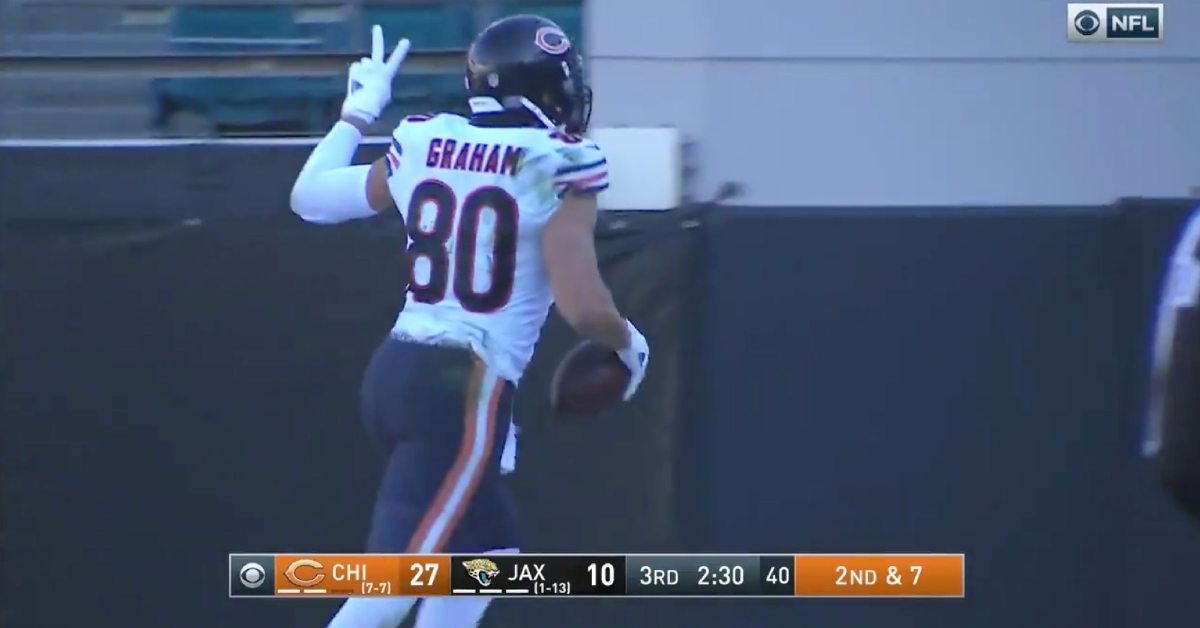 JACKSONVILLE, Fla. — Chicago Bears linebacker Roquan Smith intercepted a pass thrown by Jacksonville Jaguars quarterback Mike Glennon, a former Bear, on Sunday. The third-quarter turnover, which was made possible by Bears linebacker Danny Trevathan stepping in front of the pass and deflecting it, led to a 22-yard touchdown catch by Bears tight end Jimmy Graham.

Bears quarterback Mitchell Trubisky threw to a wide-open Graham, who leaped up and came down in the end zone with the ball in his grasp. That play, which placed Chicago ahead 31-10, marked Graham's second touchdown of the Week 16 matchup at TIAA Bank Field, and it occurred soon after Smith's second interception of the day.

.@Grindin_59 sniffs it out, @RoquanSmith1 takes care of the rest.

What goes up must come down - with @TheJimmyGraham.
TD ?? today.