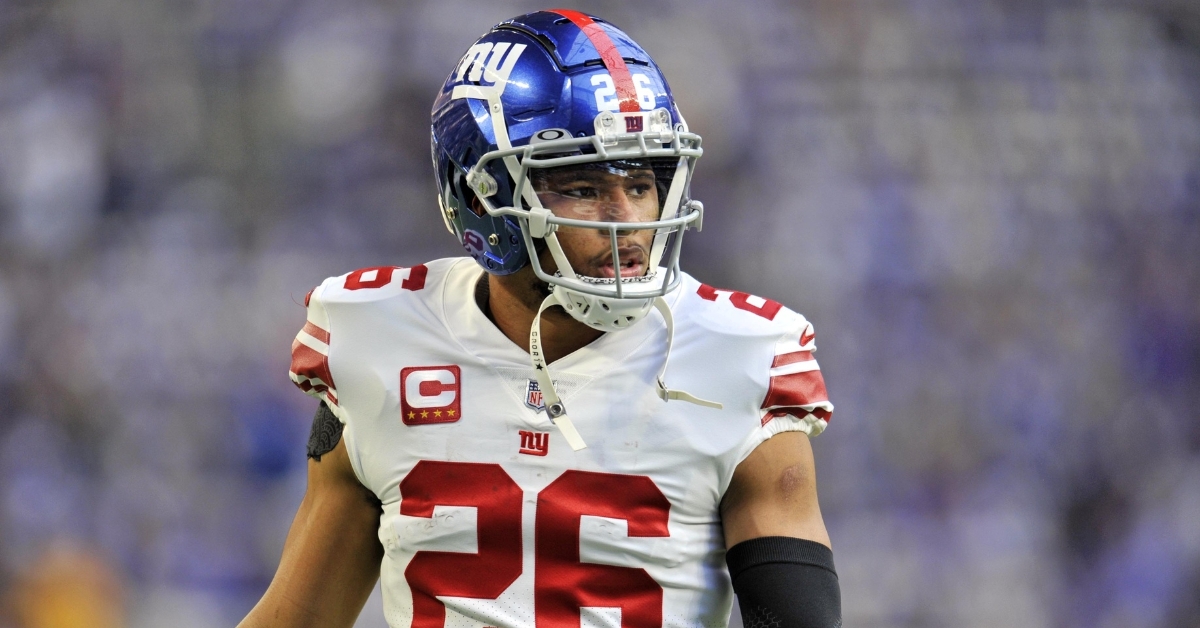 With the Bears having the potential to own the NFL offseason, things are going to get very exciting in Chicago. Sure, having the No. 1 overall pick is not something to be proud of, but when you own that, plus the most cap space in the NFL, it could make for an entertaining offseason.

Over the next several weeks, we will dive into some potential free agents that the Bears should target ahead of next season. Some may re-sign with their current team, or the Bears won't be able to get all of them, but the conversation needs to be had about whether or not they fit with Chicago.

The first one we will discuss is New York Giants RB Saquon Barkley, who has heard his name surfacing as a potential free agent target for the Bears. The 26-year-old is coming off his best season as a pro and was finally able to stay healthy for an entire season. He rushed for more than 1300 yards and had better than 300 yards rushing to go with 10 touchdowns.

Those are the types of numbers you expect from him when healthy, as he has more than 4000 yards rushing and 29 scores since coming into the league to go with 1800 yards receiving. Barkley played a significant role in the Giants' offense all season and played a massive part in why the Giants were in the playoffs this season. Entering free agency following the end of their season, Barkley will be a hot commodity for many teams, and the Bears need to be in on the action.

Can you imagine what Barkley and Justin Fields could do together if they were paired up for the foreseeable future? It is pretty scary when you think about it. One of the reasons why this move makes sense for Chicago is they can afford him. With better than 100 million to spend, Barkley is a guy that will want close to 20 million a season.

That is a lot to ask for, but he has proven he is worth it. The Bears not only can afford to give him that, but would also have plenty of money left over to sign a lot more to help this team. With David Montgomery entering free agency, it is highly unlikely that the Bears will offer him another contract. Should that be the case, Khalil Herbert goes into camp as the only RB with experience, which is another reason Barkley makes sense.

Another reason why adding Barkley makes a ton of sense is his age. With one of the youngest rosters in the NFL, Barkley fits right in with that group, as he is just 26. Coming to the Bears makes him one of the team's older players, which is hard to believe, but he would still be young enough to build your offense around.

Given that he is older than many of the Bears' offensive players, the leadership ability he can bring with him is second to none, which must be addressed. Matt Eberflus talks about holding yourself and your teammates to a high standard when you step into Halas Hall. Barkley was never like that when he first came into the league, but he has done much more this season, and his teammates responded.

The biggest and most important reason the Bears should add Barkley is what he can do if paired with Fields. When you look at the Giants' offense, they are tough to defend, as most teams pay attention to Barkley at all times. That allows Daniel Jones to make plays with his arm and his legs, which is a very underrated aspect of his game.

The same thing could happen with Fields, but only much better. Fields rushed for more than 1000 yards last season. Adding a player like Barkley would not only open up more running lanes for him, but should help in the passing game as he would give Fields an excellent safety valve target.