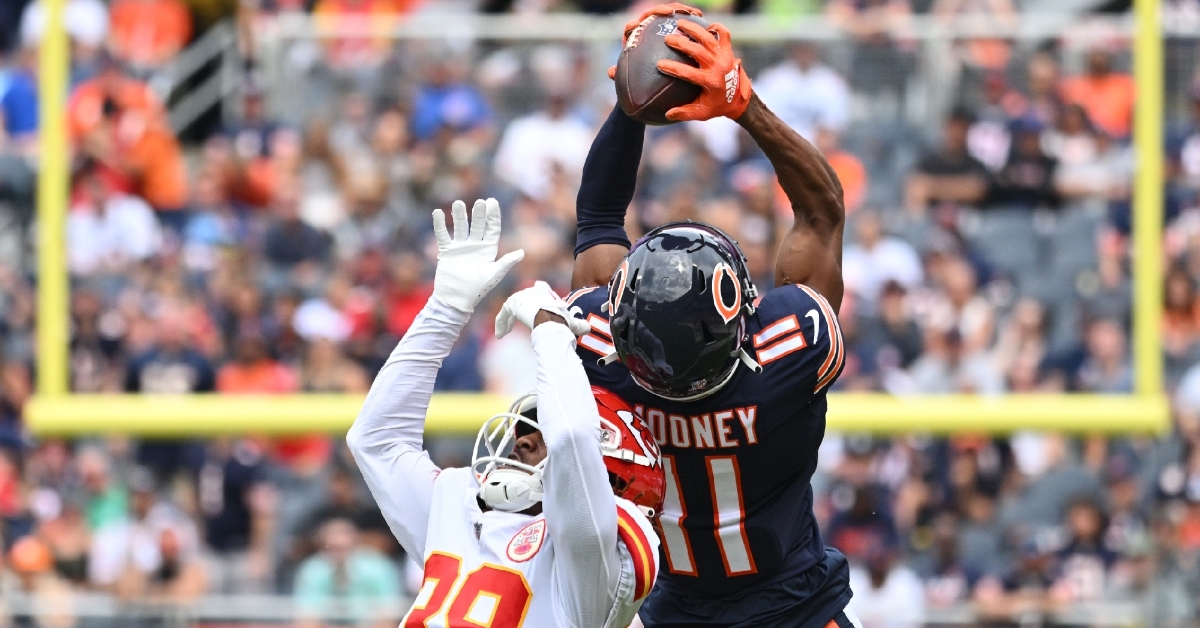 CHICAGO - It may not have been pretty, but the bottom line is that the 2022 NFL season officially kicked off for the Chicago Bears. Granted, this is only the preseason, and these games don't count, but it is always nice when the Bears find a way to win games.

Facing off against Patrick Mahomes and the Kansas City Chiefs, the Bears dug themselves in a 14-0 hole only to rally and win 19-14. This was the first time fans got to see the new-look offense and defense, but even then, what they see now is very vanilla to what they will see in week one of the regular season.

With the Bears starting the game with a quick three and out, the Mahomes-led offense took the field and did what they do best. Anchored by a couple of nice runs by Clyde Edwards-Helaire, the Chiefs were moving the ball as Mahomes connected with Travis Kelce for 19 yards to move the ball into the red zone. A few plays later, the Chiefs grabbed a 7-0 lead as Mahomes found Blake Bell for the five-yard strike.

Despite punting it away on their second possession, fans saw the Justin Fields to Darnell Mooney in full swing as the second-year man found Mooney over the middle for a 26-yard strike.

That was just one of two great plays for Fields in the first quarter, as Tajae Sharp hauled in a one-handed grab for 20 yards later in the quarter.

After seven consecutive drives resulted in punts for each side, the Chiefs found the endzone again midway through the second quarter by orchestrating a 12-play 80-yard drive. This time it wasn't Mahomes under center, but back up Shane Buechele as he gave Chiefs fans a glimpse of what he can do. In a drive that featured primarily short passes to move the chains and keep the clock moving, Buechele connected with S Moore for 13 yards to move the ball inside the 30. That set the tone for Buechele to find Justin Watson as the 22-yard strike put the Chiefs up 14-0, which is where things stood heading into halftime.

Hoping for some better luck in the second half, the Bears defense came away with the first big play with Jack Sanborn hauling in an interception inside the Chiefs 40. Six plays later saw the Bears cut the deficit in half as Trevor Siemian found the rookie Trestan Ebner for the 12-yard strike to make things 14-7.

That turnover seemed to be the momentum swing the Bears needed as their defense forced another quick three and out and handed things back to Siemian and the offense. Unlike their last drive that took six plays to get 27 yards, the Bears were a bit more explosive here, with Dante Pettis bringing in a 19-yard reception to set the offense up again. In total, the Bears needed seven plays to move the ball 52 yards, with Dazz Newsome bringing in the 13-yard touchdown strike from Siemian, and just like that, the Bears trailed 14-13.

Talk about a difference in halves for the Bears and their defense. Not only did they struggle at times in the first half, but the second half was all about turnovers forcing a Kansas City fumble three plays into their next possession to give the ball right back to the offense. A quick reception from Newsome got the drive started in a positive manner, but Darrynton Even struggled to move the ball on the ground resulting in the 20-yard Cairo Santos field goal to give Chicago the 16-14 lead.

The remainder of the game saw the Bears defense completely shut down the Chiefs offense as they turned it over or punted on all their second-half possessions. Chicago managed to add a 47-yard field goal in the fourth quarter to go up 19-14 and went on to win by that score and improve to 1-0 on the Preseason.

Despite his limited action on the field, Fields went 4-7 for 48 yards while also using his legs for 10. Siemian had the hand for the Bears, going 7-13 for 89 yards while tossing for two scores. Expected to play a significant role in the running game behind Khalil Herbert and David Montgomery this season, Ebner led the ground attack as he rushed for 31 yards on six carries, including a 27-yard scamper. Sharpe brought in 44 yards on two catches to lead the team in what was a good win for this team.