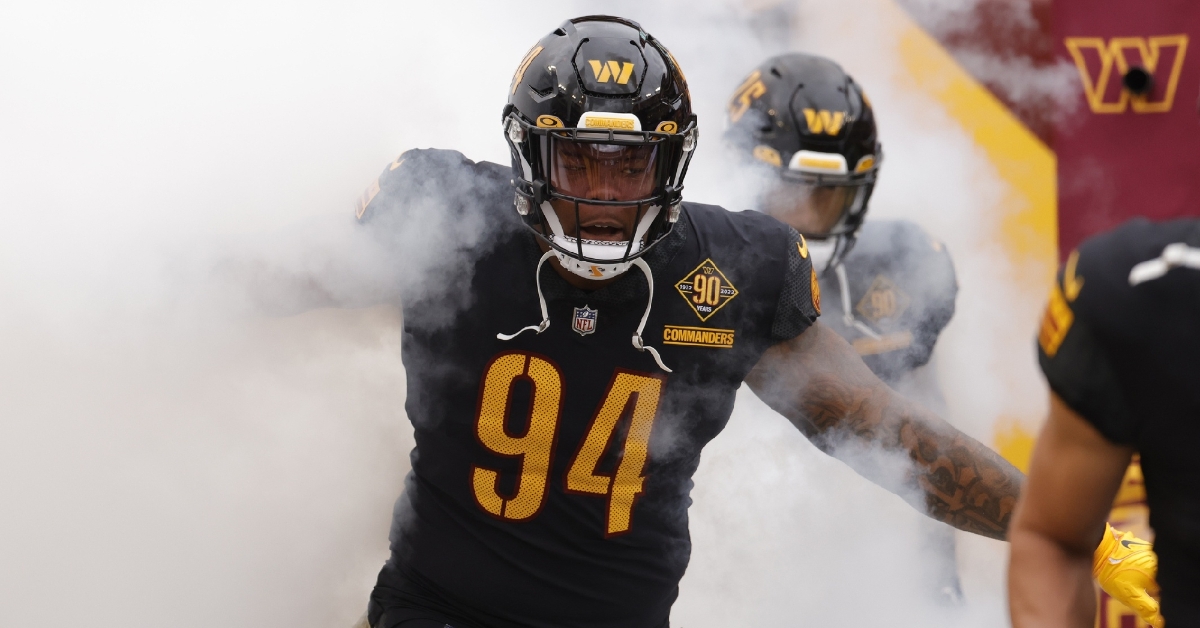 With just four games remaining in the Chicago Bears 2022 season, things are mercifully about to come to an end. After all, this team is currently 3-10 on the season and has been the only team in the NFC eliminated from playoff contention. If the season ended today, they would have the No.2 pick in next year's draft, which is huge considering the amount of cash they will have to spend via free agency.

Their cash is significant as the NFL salary cap is expected to grow to a record high, but there will be plenty of talent for the Bears to add to this roster. A lot of that talent will be on the defensive side of the ball, which is the one area this team needs to address. It is kind of funny how things work out, isn't it?

After thinking the offensive line and offense would be the problem, it has been that side of the ball that has kept this team in a lot of ball games, even if they haven't won those games. I guess that happens when you lose Khalil Mack, Roquan Smith, Robert Quinn, Eddie Goldman, and Akiem Hicks within the last six months. That is not an easy task for any team to overcome, and the Bears are finding out firsthand how tough that is to make up.

However, as we inch closer to the NFL offseason, we are starting to look deeper into the free agent class and what might become available for the Bears.

Top to bottom, the Bears have many intriguing options, but one name they should keep an eye on is Daron Payne of the Washington Commanders.

Payne has been on a mission all season long, as the 25-year-old is in his contract year. Through 13 games, Payne has logged 6.5 sacks to go with 13 tackles for a loss and 14 additional QB hits. He has been a menace for offensive lines all season long and is a big reason why the Commanders defense has turned it around to put them in the middle of the playoff hunt.

Players tend to play better in their contract years, which he has, but he has been an excellent player since coming into the NFL. Looking at the Bears defense, the secondary might be the only position that doesn't need work, as they have plenty of young talent that will only get better. The front seven, especially the DT position, requires the most work, which is where Payne comes into play for next season.

Adding a guy like Payne to the Bears defense would be huge, but it won't come easy or cheap. For starters, you can bet that Washington is going to do what they can to keep him on their side as he makes a great pairing with Chase Young. Secondly, when you look at the contracts that Aaron Donald, DeForest Buckner, and several others will get, Payne will make somewhere in the 15-20 million per year range.

Even with the money the Bears will have at their disposal, is spending that much on one player wise when they have so many holes to address? Maybe, but the Bears know they must address the defense in some way if they want to contend soon.

Payne may be an excellent option for this team, but he is not the only option that should be available this off-season. Javon Hargrave and Fletcher Cox from Philadelphia, Sheldon Rankins (Jets), and David Onyemata (Saints) appear to be the top DL players available this spring and will ask for the most money.

Those are the tier-one players, but what about the tier-two players that may be a better option for Chicago? Justin Houston (Ravens) and Yannick Ngakoue (Colts) fall into that category, as both are equally as productive as the other names. In any case, Ryan Poles is going to have plenty of options and plenty of funds to address the needs of this team.