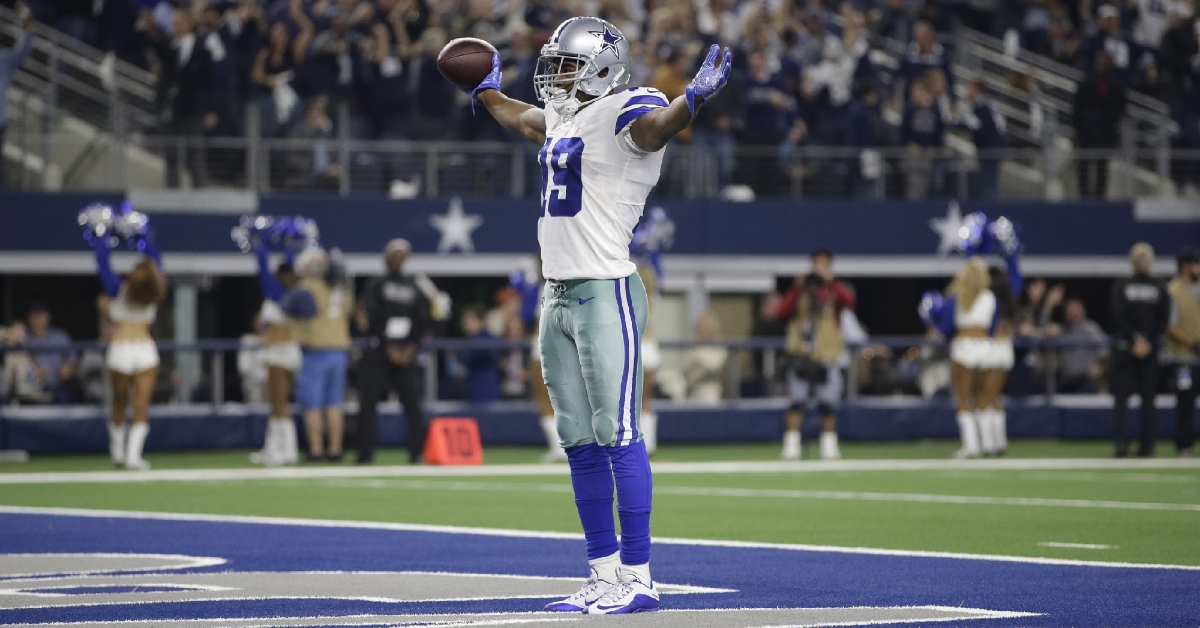 Throughout an NFL offseason, there are plenty of storylines to follow. Most of those surround the upcoming draft and free-agent classes, but you also pay attention to the trade market for what names pop up. Once the NFL new year begins, those storylines start to take shape, and they can often dictate how an NFL offseason will play out.

Another part of the offseason that is overlooked is the cutting process, as teams are faced with tough decisions. Most of those decisions hinge on the financial status of a team and player as they may need to cut a great player to save cap space. That appears to be what is happening in Dallas right now as the Cowboys are set to move on from Amari Cooper releasing him once the NFL new begins.

Given that he is set to make 20 million dollars next season, it might be a wise move as the Cowboys can then use those extra funds to add to their roster. This may be one of the bigger surprises of the offseason, but it could play into the Bears hands if they want to take a shot. I know Cooper will cost a ton of money, but if the Bears are intent on adding another receiver next to Darnell Mooney, the Bears should make a run at Cooper before it is too late.

Every penny in the NFL counts, and releasing Cooper opens up 16 million in cap space for a team 13 million over. With CeeDee Lamb, Michael Gallup (FA), and others on the roster, the Cowboys do still have plenty of weapons in the passing game. The Bears, on the other hand, don't have those same weapons and are going to be in the market for receiver help.

href="/bears-football/player/allen-robinson-70">Allen Robinson was looked at as a true No.1, but after three good years with the Bears, his fourth and final season was a dud and will be on the way out. This year, Mooney had a breakout season and emerged as the Bears No.1 option. However, I still feel he is best suited as a No.2, where the Bears need to put him. Cooper is not only a quality receiver, but is a true No.1, which is what this team is looking to add right now.

Sure, Cooper has battled with injuries in the past and isn't always the best teammate, but he is a great receiver and has proven he can be one of the best in the league. If the Cowboys are to release him, it will have a trickledown effect that will have a lot of teams in the running for him. Look for the Dolphins, Patriots, Chiefs, Seahawks, and possibly Bears as some of those likely suitors as he makes any one of those rosters instantly better.

New GM Ryan Poles has made it clear that he not only wants to focus on the offensive line, but he wants to give Justin Fields more weapons at his disposal. What better weapon to provide him with than Cooper, who is not even 30 yet and has been reliable since day one. The 27-year-old just finished his seventh season in the league and has five 1000 yard seasons on his resume already.

He was the main target for both Derrek Carr and Prescott, and with him on the right side of 30 for a few more years, this would be an eye-opening move. If you are the Bears, and you know the moves you want to make, this is a story you need to follow and something worth kicking the tires on if it comes true.

Cooper wouldn't come cheap, and the Bears know that, but they have more cap space today than at the end of the season. Not to mention several players may restructure their deals to free up more money, and it would make things that much easier to bring Cooper aboard to pair him with Fields and Mooney.

There is a chance the Cowboys may choose to hold on to him with hopes of trading him away for more assets. That would be their best option, but the worst-case scenario for Chicago as they don't have the assets to work with. The 6-1 210 pound Cooper is not only sure-handed, but runs excellent routes, has impressive strength, and gives you good speed. He is the complete package when it comes to WRS, and that is a big reason he has put up the numbers he has.

His 825 yards this season was the second-lowest of his career, and it was just the second time in seven seasons where he hasn't topped 1000 yards. His best season came in 2019 when he hauled in 79 receptions for 1189 yards and eight scores. Across his career, Cooper has 517 receptions for 7076 yards 46 touchdowns. That comes out to around 76 receptions for 1011 yards and seven per season, which is better than most of the Bears receivers can give you.